Puttenahalli Kere a nice bird habitat
Just felt like sharing this small write up I did on our visit to this truly
surprising lake right in the middle of our city. It was nice to see how well the birds have adopted to living here when the disturbance to them has been kept minimal. Kudos again to all the people who worked to make this magic happen. http://naturerambles.blogspot.com/2012/01/birding-in-urban-lake.html nanda
Posted by Arathi Manay at 5:01 PM No comments: 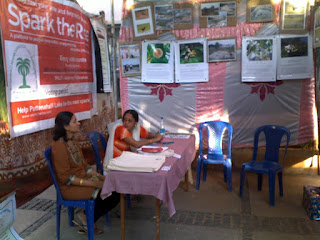 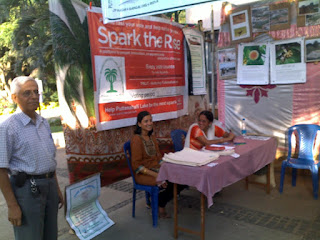 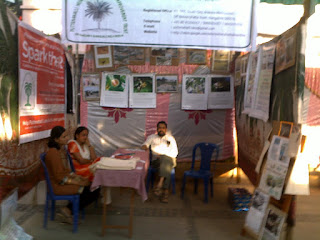 PNLIT's stall at Jacaranda Fest yesterday can be summarised as a successful exercise in spreading the message of conservation and more specially about Puttenahalli Lake.

At least 50 people visited the stall, looked around and left their email ids with a promise to vote and help get more votes for the next round of Spark the Rise. Some PNLIT cloth bags were sold. The highlight was the endorsement of PNLIT's efforts by a group of children who are now very keen to support PNLIT.

Posted by Arathi Manay at 10:03 PM No comments:

Purple Herons - After the tussle for the prey

The Purple Heron story is not over!
After the fight, it looks like they've decided to reconcile. These photos by Sujesh S. show the bigger bird enticing the younger one. Hopefully, we'll soon get to see their chicks and thus life will go on. 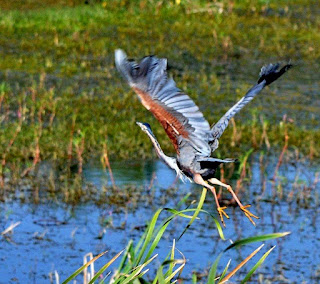 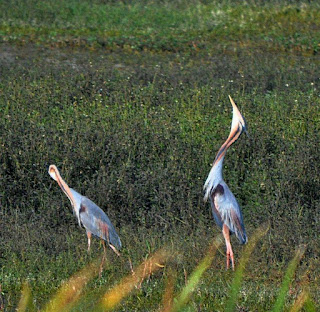 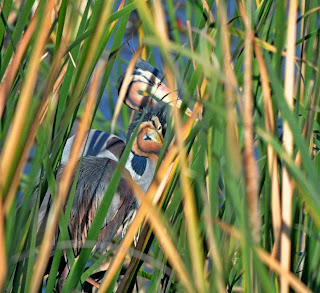 Posted by Arathi Manay at 7:28 PM No comments: 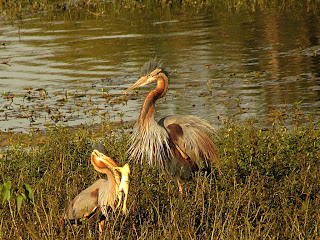 The photo shows the Purple Heron with the frog (also in the last post) - fending off an adult bird. Their noisy fight alerted Srini and his photograph shows the anger and aggression not just in the bigger bird's ruffled feathers but in its eyes as well.
The heron with the catch is almost an adult. We have been seeing it grow steadily bigger over the past four months and are proud :-) to see it grow into a survivor, a fighter!
The photo reveals the harshness of surviving in nature. We are fortunate to be able to see this avian power play in our neighbourhood!
Posted by Arathi Manay at 6:36 PM No comments: 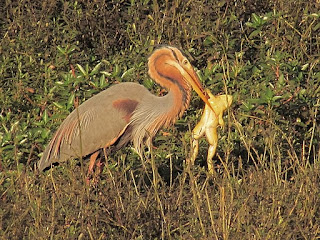 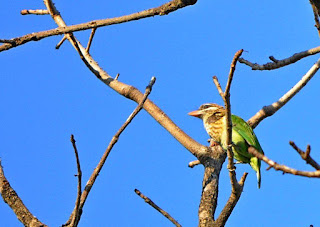 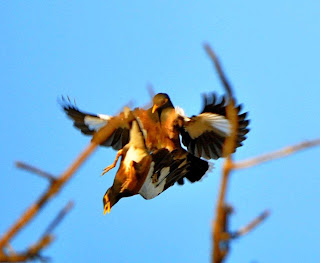 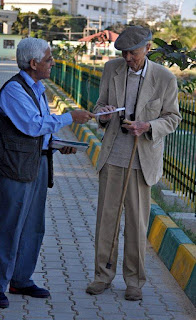 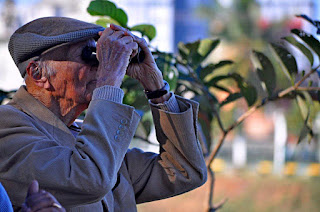 On 7th Jan 2012, Puttenahalli Lake had the honour of a visit by two very special people - Mrs and Mr Zafar Futehally! Laeeq and Zafar Futehally are veteran ornithologists, related to the "Birdman of India" Salim Ali. Laeeq and her uncle Salim Ali co-authored a book Common Birds in 1967 which has since been reprinted several times and have run into many editions. Zafar is a passionate naturalist who was closely associated with the Bombay Natural History Society. In 1960 he started the Newsletter for Birdwatchers as a forum for birders to share their observations.
Zafar had several questions to ask us. What is the source of the water in the lake? What is the depth in summer? How are we raising money to maintain the lake? And so on. Their passion for lake restoration and conversion to avian habitats was truly inspirational.
Posted by Arathi Manay at 9:37 PM No comments:

PNLIT is delighted to inform everyone that its project "PNLIT - Nurturing Puttenahalli Lake back to its pristine glory" has cleared the December round (Round 4) of Mahindra Spark the Rise as the most popular entry! See the results here. We are now eligible for Rs 4 lakh though of course, we will have to submit documents to authenticate our work and make a presentation to the jury. We will also now get a direct entry into the finale (March-Apr 2012) where the stakes are very high indeed (three runners-up will get Rs 20 lakh and the most voted project will get the grand prize of Rs 40 lakh).

Our thanks to each one of you for your support. We rely on you to help us in the finale not only with your votes but also to get your family, friends and colleagues to vote as well.

Times Now, the national television channel, has a weekly programme called Amazing Indians presented by Mahindra Rise. We are given to understand that from among the projects submitted for Spark the Rise, Times Now may identify some for this Amazing Indians series.

We were pleasantly surprised when they chose PNLIT! This is certainly a great honour, more so because it was completely unexpected. The TV crew came to the lake some days ago when school children were at the lake. We are especially delighted that the children were also filmed for telecast. Their excitement at seeing the large number of birds in the lake was truly wonderful to watch!

Posted by Arathi Manay at 6:19 PM No comments: