Ms Vijayalakshmi, a regular to our Family Gardening Day was the first one to come on this lovely bright Saturday morning. As soon as she came, she started working with all her enthusiasm. She is interested in every job and will give a hand to each one.


Slowly other parents and grandparents came in with their younger ones and we had 6 adults and 5 kids trimming the hedges, manuring plant beds, raking dry leaves and planting Rhoeo saplings. We also had 4 youngsters from TERN who came to learn more about the lake and stayed till 12.30 p.m. giving a helping hand. They planted Rhoeo plants along the curb/kerb on tree beds and manured them.

Overall it was a very satisfying day at the lake. 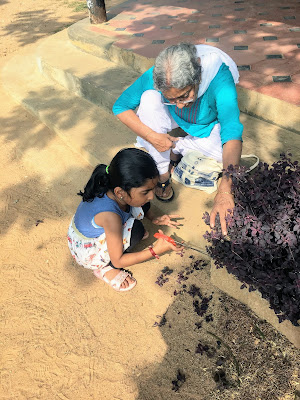 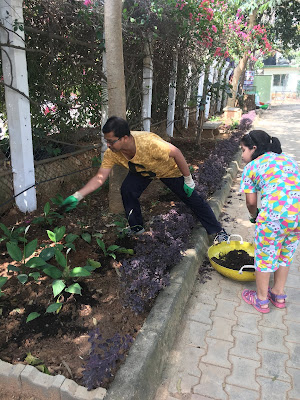 More pictures taken by Susheela may be seen here.
We look forward to seeing more families joining in the gardening day in the new year!

Posted by Arathi Manay at 12:52 PM No comments:

We weren't actually accumulating the news but all these happened together. As November came to a close we received our booklet (with little text and loads of photographs) on the evolution of Puttenahalli Lake; a couple of days ago we spotted the first flowers of the Passion Flower and yesterday morning  Madhurima, our bird census recorder, spotted a new winter migrant, a Striated Heron at the lake. We are unable to choose which one is more exciting hence sharing all three with you! The pictures may not do complete justice to the original but take a look.

The PNLIT booklet is courtesy Earthwatch Institute India, our partner to bring citizen science and experiential learning to lake conservation. It is a beautifully brought out though in limited edition. The booklet may be seen here.
The Passion Flower (Passiflora incarnata) has many petals arranged in a ring hence referred to as "Kaurav Pandav." https://en.wikipedia.org/wiki/Passiflora_incarnata.  It is growing on the pergola, giving company (future competition?) to the Clock Vine (Thunbergia coccinea). 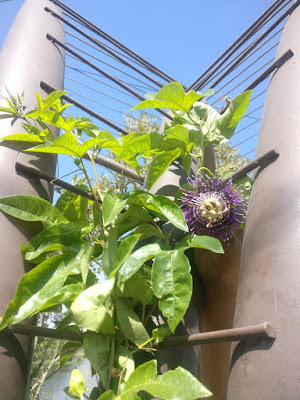 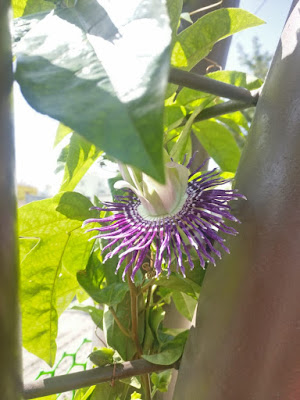 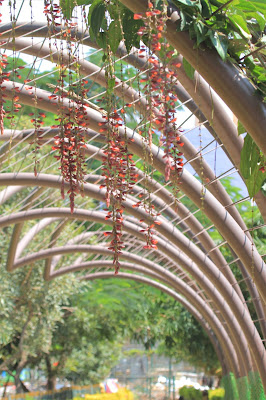 The Striated Heron is a rarity in an urban lake like ours according to our in-house birder S.K. Srinivas. He himself has not seen it and is hoping to spot it today.  According to online info on the bird, it is also called Green Heron because of the iridescent colour of its back. It is said to be a creative fisher that uses a bait such as a leaf or a small twig which it flicks on the water. The curious fish  becomes food for the heron. https://en.wikipedia.org/wiki/Striated_heron 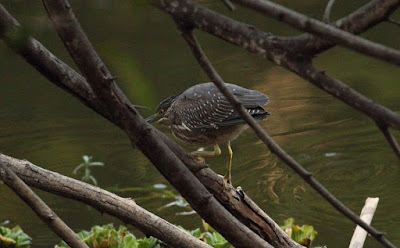 We do hope Srinivas, Madhurima or indeed anyone of you reading this mail will go to the lake, spot the heron and photograph the bird baiting the fish. And send us the photograph/video. :-)


Madhurima also sent another photograph which simply had to be shared - a Little cormorant landing on the head of a Kingfisher. Tsk .... tsk ....! Birds are no less than human kids. 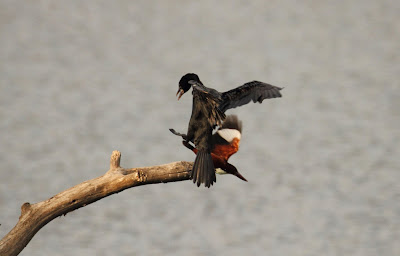 A happy Sunday to all.