The fish in our lake do not belong to us. They are Yellappa's, the fisherman who has got the fishing contract from the Fisheries Dept. Nevertheless, we began to worry about the fish as soon as summer started. The water level was dropping alarmingly. We worried that the evaporation would deplete dissolved oxygen in the water. How then will the fish survive? Another new concern was the sudden rain. You might well ask why the concern when it will bring up the water level? True and it did but the sudden inflow also affected the temperature of the water. Even subtle changes would have a huge impact on the fish. This is why they need to be introduced very gradually into an aquarium. To add to our worry, a sewage chamber collapsed on Sat. 17 March. As soon as we got to know this, we contacted BWSSB. Within a couple of hours, they repaired the chamber. But how much sewage had entered the lake by then and how much damage had been done to the water? 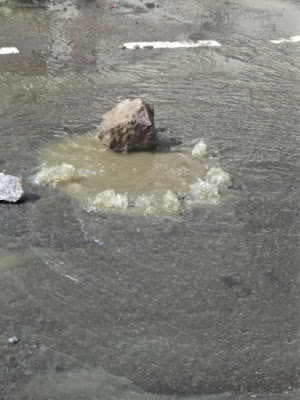 Yesterday morning we saw several dead fish in the water. Today their number is more. Yellappa says he lost about 1000 kgs of fish. Since each one is big and heavy, the number may not seem high but the death of even a fingerling hurts us. 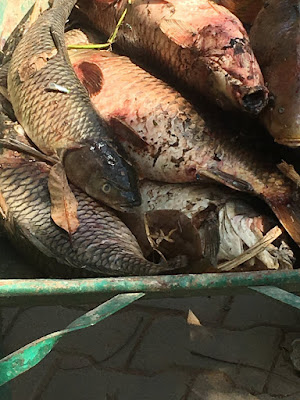 According to the Fisheries dept, the only preventive measure is to install an aerator and increase the DO. We shall do that as well and hope that we never see a dead fish in the lake ever again! It traumatises us no end!
Best
Usha

Lakes out of bounds for people! Crippling amendments to Tank Development Act

On 23rd February, the state government passed amendments to the Tank Development Act transferring all lakes to the Minor Irrigation Department (MID). It repeals the Karnataka Lake Conservation and Development Act which had provided for active community participation.

To add insult to injury, the amendments were adopted with sparse attendance in the Legislative Assembly on Thursday 22nd Feb. 2018 and passed the next day, on 23rd Feb., in the Legislative Council in haste, without any discussion or debate.

We are various citizen groups across Bengaluru who for the past several years have been deeply involved in the restoration, protection and preservation of the water bodies in our respective localities. We know  from experience that public participation is vital to the nurturing water bodies.

Mismanagement by the authorities over the years caused the extinction of hundreds of lakes in the city. We cannot allow them to finish off the few surviving ones. We have formally appealed to the Hon'ble Governor to return the amendments bill. Please join us by signing this online petition.