Celebrate International Literacy Day with PNLIT at the lake

One Day, One Story the annual storytelling campaign of Pratham Books that celebrates International Literacy Day is Double the fun this year! And like the past few years, PNLIT is a part of this program. 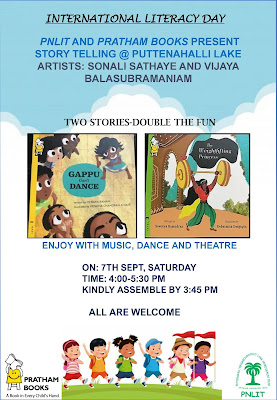 About the Storytellers
As an anthropologist, Sonali Sathaye sees theatre everywhere, including, most especially in the way we live our social lives. As a theatre practitioner, she seeks to share her enjoyment of this drama with children - so that they too may delight in the absurdity of the everyday.

Vijaya Balasubramaniam is a passionate dancer and loves to interact with children. Her passion for dance is superseded only by her love for greening this planet.

Looking forward to seeing you at the lake.
Please note that there will be no Family Fun Gardening Day at the lake on 7th September morning.


-Sapana
Event Co-ordinator PNLIT
Posted by Arathi Manay at 8:30 AM No comments:

Today's Photowalk with Ajay Salanky was very insightful. Eight adults and three kids participated in the session this morning at the lake where Ajay was more than happy to show, share and answer each one at their level. 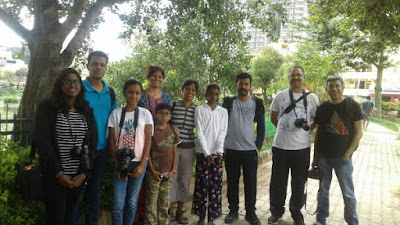 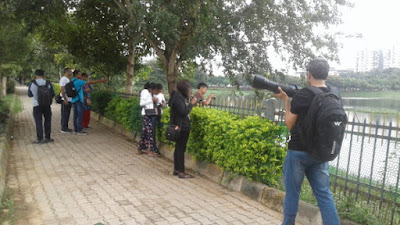 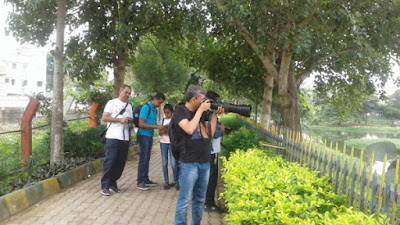 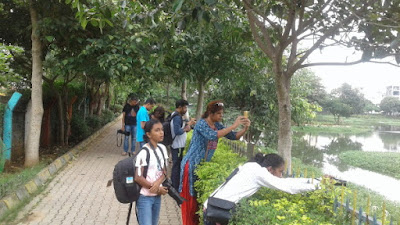 The lake as usual looked gorgeous with playful birds, trees, insects, flowers, clouds, and the sun playing hide and seek. A perfect day to capture some good shots, which all the participants did indeed! A few of them by Mr. Rajuvan are here. 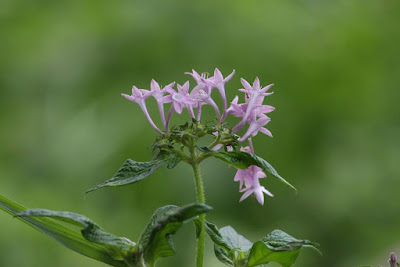 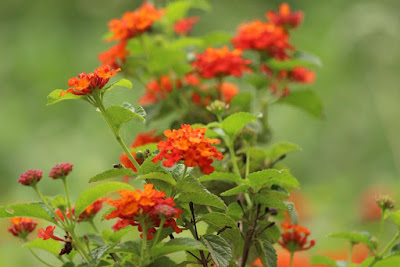 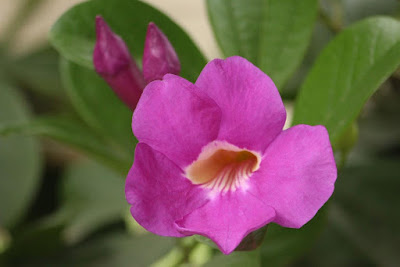 Here is a feedback from one of the participants, Ms. Seshavalli, outlining how the event was :
"We had an interesting and eye-opening session of photography workshop organized by PNLIT by Ajay Salanky. It was an enthusiastic small group consisting of all age groups. Ajay, who is a graphic designer and a professional photographer took us through the gamut of photography techniques with as simple equipment as mobile to as complicated as multiple lens. He explored with us and interacted with children as well adults on various topics ranging from techniques, composition, subject, white light, exposure,shutter speed, apps to be used, different ways of printing, photo walks we can attend, groups we can join, equipment and settings and gave us a whole new perspective to explore photography as a passion.


Thanks to PNLIT for organizing such an interesting session and thanks to Ajay for taking time out to interact with group of amateur photographers and clarifying many of our queries. Happy photo walking to all for a future of wonderful pictures with a new perspective! "

Update on the slum relocation

In our message of 21st August, we had informed you on the action taken by the BWSSB on the sewage issue. This one is to give you the update on the slum rehabilitation front.

As you are aware, on 7th March 2019, the Hon'ble High Court had disposed of the Writ Petition filed by the slum residents with a directive to the Principal Secretary (Revenue), Deputy Commissioner (Urban) and the Karnataka Slum Development Board that they rehabilitate them "providing minimum facilities and amenities." Closure of WP
To ensure that the government takes a decision before the deadline of 21st June 2019, we had followed up the matter with the Respondents themselves or with senior officials in these departments. When the deadline passed without any action being taken, we had no alternative but to seek the intervention of the Chief Secretary, Govt. of Karnataka. Mr. Vijaya Bhaskar was kind enough to meet us yesterday, 22nd August in his office.
The Chief Secretary then spoke on the telephone to Mr. Balraj, Technical Director, Slum Board, about their plan to rehabilitate the slum dwellers. He has instructed them to follow the court order and initiate construction of the apartments for the slum dwellers.
We then went to the Slum Board and met Mr. Kumar Easwar, AEE. The KSDB has already drawn the DPR for the apartments. They expect the housing units in three floors (G + 2), 1BHK, size 300 sq. ft to be ready for occupation in another 16 months.
Four years ago, the Slum Board had built temporary sheds at the same site in Bettadasanapura. The slum residents had rejected these as being too small and had filed the Writ Petition in the High Court seeking individual plots of land for each of the 115 petitioners. In Feb. 2017, they had taken possession of the sheds but continued to stay in the lake premises. In July 2018, they razed the sheds to the ground.
We fervently hope that they accept these apartments and not destroy or damage them in any way. Nor, for that matter file another Writ Petition!
With fingers crossed,
PNLIT team
Posted by Arathi Manay at 6:00 AM No comments:

Update on the sewage inflow issue at the lake

Exactly a month ago, we had informed you about sewage killing our lake (link) and the illegal hutments coming in the way of the drain pipe replacement. Many of you had shared deep concern about this and offered all help. Indeed, your response to our online petition was heartwarming and the number of signatures in this short span is close to the 4000 mark. Sincere thanks to each one of you. You must be eager to know what happened to these two issues - hence this update.

There is no progress on the rehabilitation of the slum residents. However, on 31st July, we had brought the sewage inflow to the notice of the NGT committee headed by Justice Santosh Hegde. BWSSB Chairman, Mr. Tushar Girinath, who was present at this meeting committed to get it resolved. He kept his word and a week later, replacement pipes were unloaded at the lake. The BWSSB officers began work after reassuring the slum residents that all care would be taken not to damage any of their structures.

Their progress is slow, impeded not only by the houses so close by but also by the rain and the already weak bund. Hence, they are not able to indicate when the work will be completed and when the sewage will begin to flow into the drain. We are also not certain how they will tackle that section in the middle where the houses are built right next to the walkway with the UGD running below. Nonetheless, we are grateful to the BWSSB Chairman, the Chief Engineer (WWM) and the ward officers. To everyone working on the site - good luck and godspeed!

The rain which is helping to dilute the sewage also increased the level and led to the lake overflowing yesterday.

Lifting our spirits further and adding a bright dash of colour to the grey sky are the deep red flowers of the Cup and Saucer plant and vibrant yellow of the Gaphimia flowers on the chain link fence. They make us marvel, yet again, on the beauty of Nature.


Heartfelt thanks to you again for your support. 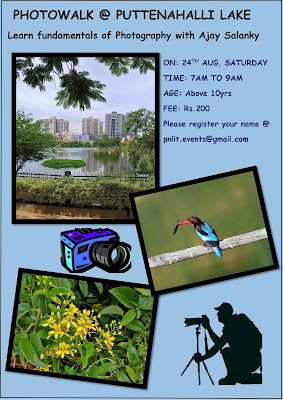 With the monsoons in, nature is rapidly changing hues, making it an ideal time to explore and capture nature in all its glorious beauty. With its picturesque landscape, freshwater lake and rich biodiversity, Puttenahalli Lake is any photographer's goldmine.
Grab your DSLR, Point and Shoot or the handy mobile phone and join us for a 2 hour photowalk where you will learn the fundamentals of photography. In this photowalk you will learn new and exciting ways to photograph the natural world.
When - 24th Aug 2019 (Saturday), 7 A.M. to 9 A.M.
Where - Puttenahalli Lake, JP Nagar 7th Phase (near South City/Brigade Millennium)
Fee - Rs 200 per person
Age -  10+ years
Register your name with pnlit.events@gmail.com. Pay by cash or Paytm to 9886629769 before the event. The funds collected are for lake maintenance and the artists.
About the Walk Leader
Ajay Salanky, a graphic designer by profession, is also an avid photographer from Bangalore. His passion for photography complements his love for roads, especially the roads less traveled. He particularly enjoys capturing portraits, nature and moments with his daughters. Ajay started his design firm Kalakruti in 1999, which offers a wide array of services like branding, digital marketing, website development and more. He also undertakes architecture/interiors and product photography commercially. His works can also be found on Instagram @anillusion_itis.