From all of us at PNLIT, to you and your loved ones... 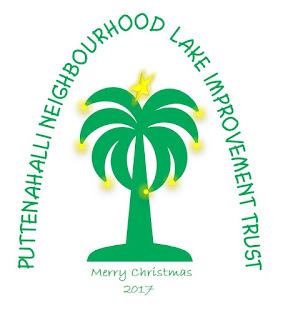 As part of a three day event "Celebrating the Urban Commons" organised by Azim Premjii University we were invited to showcase the story of our lake at the Vismaya gallery, Rangoli Art Metro from 24th to 26th Nov. 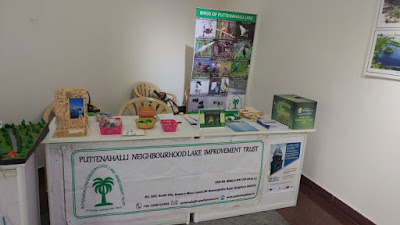 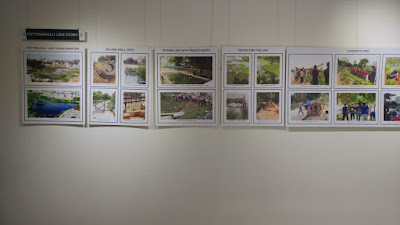 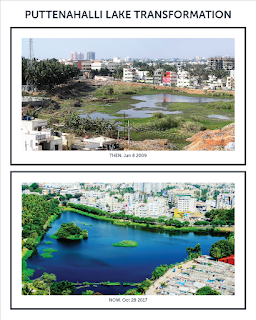 The organisers had said we could have games as well. Our creative juices started flowing. We decided on two simple, if old fashioned games, an electronic matching game and another which tested the steadiness of the hand. We wanted both to be connected to the lake. Geetha Bhandary made the first with photos of our birds.  Being an architect used to making models, Ashwatha Chandran made a 3D model of Puttenahalli Lake in no time at all. Shana Gokul transformed the base model into an incredible replica of the lake (see pic). Two short "electricity poles" one either side of the viewing deck had a wire and a loop. The challenge was to take the loop from one end to the other without touching the wire and lighting a bulb in the middle of the water.

The first two days were a little slow paced but on the third day visitors kept us on our feet from about 2 p.m. to 7 p.m! We lost count of the number of times we explained each photograph, what we did and why. And the games ... ah! They were such a roaring success! More so the lake game which was far easier even for shaky hands. The connect game turned out to be more of a guessing game for almost all.  The only visitor to get it correctly was an employee of IBM. She first memorised from the base sheet and then quickly matched each bird correctly. This after swiftly and steadily whizzing through the lake game! 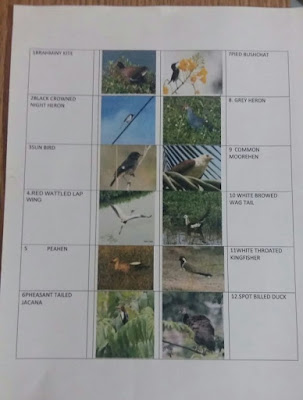 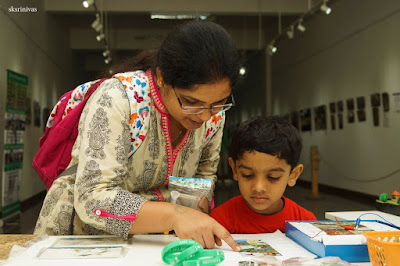 Match the bird and its name 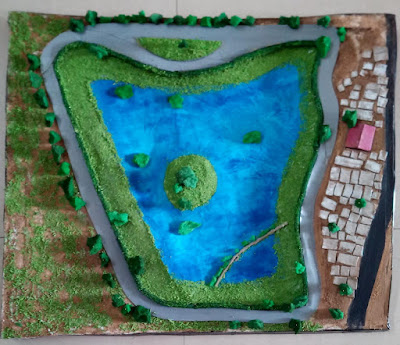 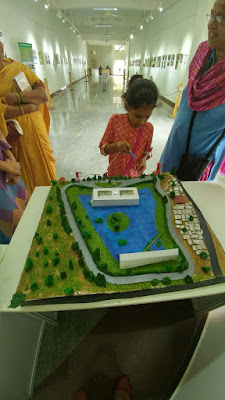 So many people told us about lakes in their localities that were in a bad shape. We suggested they take the lead to rejuvenate it. Lakes need to nurtured by the local community. The gain from this is theirs too!

Heartfelt thanks to Harini Nagendra and Seema Mundoli for inviting us to participate in this event and to everyone who helped us with the exhibits.

More photos can be seen in Srinivas' facebook album.
Posted by PNLIT Admin (Arathi) at 12:56 PM No comments: