We are delighted to tell you that finally our lake is showing, almost, its true glory! The alligator weed which had covered most of the entire expanse of the water has been removed thanks to funding received from Deloitte Shared Services India Private Limited. 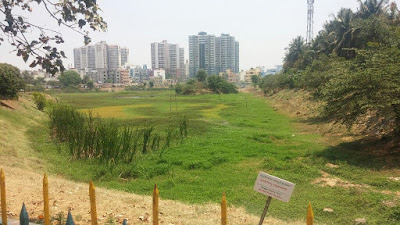 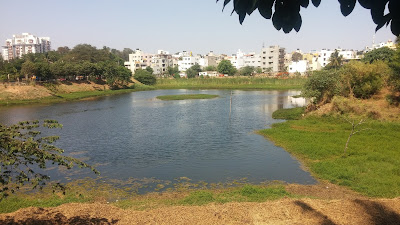 Their CSR support enabled us to hire Yellappa and his team of fishermen who began work from 3rd April and completed it on the 20th. They were an excellent group of workers who did not let anything deter them. Not the heat nor the water snakes nor the tangled shoots of the alligator weed which had spread like a large thick sheet over the water. 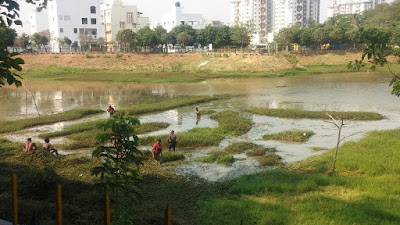 Indeed, except for us trustees and a few regular visitors to the lake, almost everyone who spoke to us doubted if there was any water at all in the lake. But little by little the water started to show as the men cut the weed deep down in the water and hauled the strips along for their colleagues to pull onto the land.They piled it along one side of the lake bed which is higher and still dry land. And what huge heaps they made! BBMP helped us dispose these off. They have sent a couple of JCBs to dig deep pits in the lake bed and tractors to fill the pits with the waste.

We've documented all these through photographs, a selection of which you can see here. Yesterday evening, as if in celebration of Earth Day (22nd April), Yellappa released over 1200 fingerlings in the water. The four species of fish released included the Grass Carp which feeds on aquatic plants. We hope it lives up to its name and keeps the weeds under control. 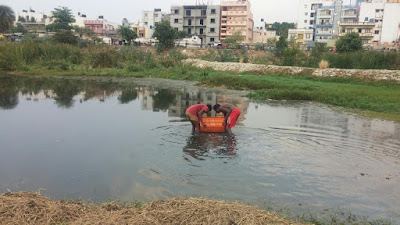 It is for the first time since 2009 that the lake has some water at this time of the year. (See here for pictures through the past few years.) This is because rather than depend on the unreliable monsoon, we have treated waste water from South City STP feeding the lake. What a welcome sight it is! 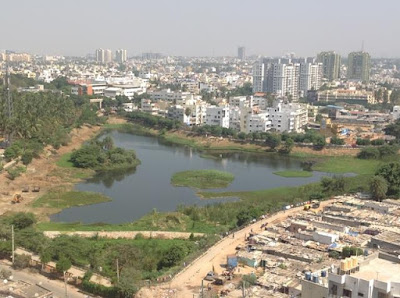 While we can now breathe easier than in the past few months, our work isn't done yet. We need to ensure that the lake remains free of all invasive aquatic weeds and implement measures to improve the quality of the water.

It has been a long haul for both the lake and us, trustees, who are driven more by passion than by qualification or prior experience in conservation. We would not have been able to come this far without the help of all our supporters, donors and volunteers. Among many others, we would like to thank especially BBMP (lakes), South City apartment owners' association, Fisheries Dept, and Yellappa and his men. Above all, our heartfelt thanks to Deloitte Shared Services India Private Limited, our CSR Partner in this "Clean Puttenahalli Lake Project".

A part of the food chain, captured by Madhurima Das at Puttenahalli Lake this morning. The Purple Swamphen chick was lost to the keen eyes of the Brahminy Kite. 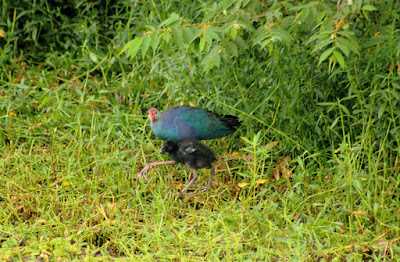 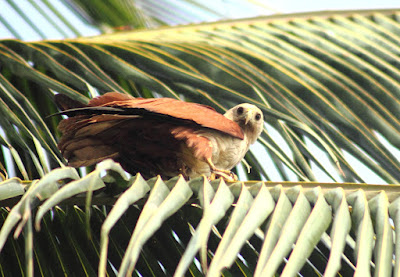 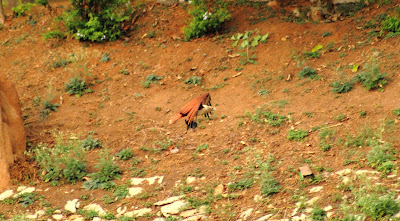 The Brahminy Kite fleeing with its breakfast
Posted by PNLIT Admin (Arathi) at 8:30 PM No comments:

We realize the value of shady trees only when the heat becomes unbearable, as it is these days.

See the walkway at the lake now as against three years ago. The trees on the left are Cassia Javanica, with exquisite flowers. 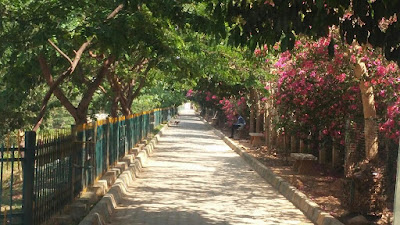 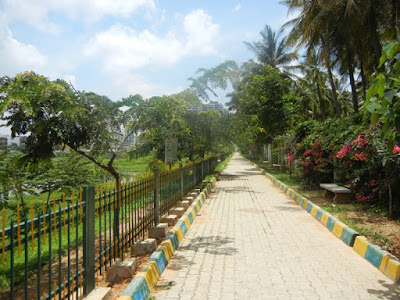 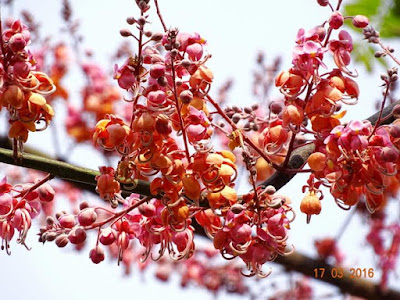