Efforts on to stop a sudden sewage inflow into the lake

On 13th April, a sunny Monday, we saw water entering the lake from the rainwater diversion channel at the lake entrance near the Brigade Millennium arch. It was so little that we thought it to be the usual wash from the adjacent MLR Convention Centre.

However, a couple of days later when we found it increasing in volume and forming a black stinking mass in front of the diversion channel at the lake bed, we immediately informed BWSSB and BBMP. BWSSB's Junior Engineer, Mr. Nagaraj came to inspect the spot. He said that the sewage drain connected to Brigade Millennium was blocked, because of which the sewage was getting diverted into the storm water drain. This is the way the system has been designed. He got a regular Jetting Machine to clear it. This was on 16th April, but it did not work for it turned out that silt or something in the drain was preventing the flow. 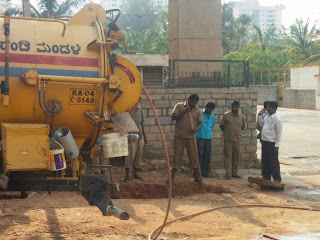 Then BWSSB sent a De-silting Machine but this did not work either. Karnataka Bandh on Saturday and Sunday held up the investigation and problem solving work. Yesterday, 22nd April, BWSSB engineers brought a heavy duty Jetting Machine from the sub division office.  It was a really huge machine which hampered evening traffic and yet even this was unable to remove the blockage. 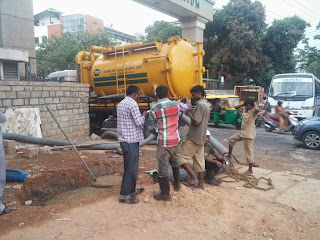 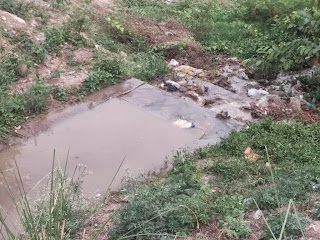 Today, many officials from BWSSB came to inspect the place, along with another of the large machines. 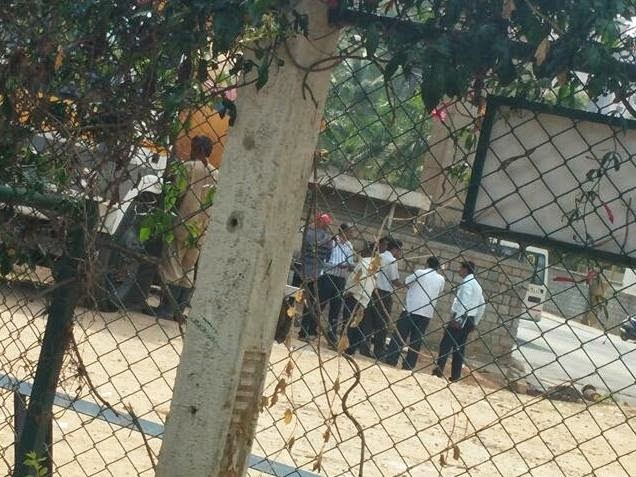 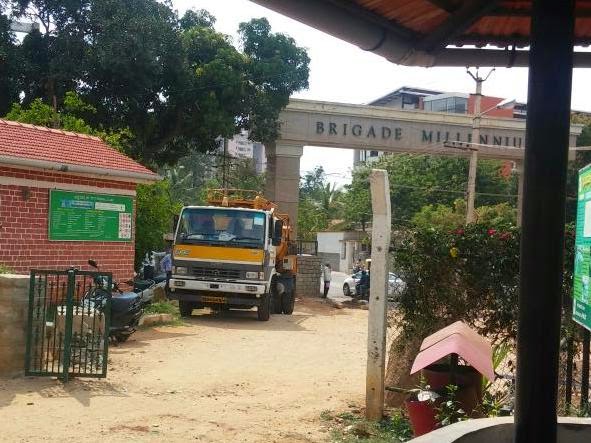 They found that the pipe is blocked with big stones and these machines that they've been bringing will not help resolve the situation.They will get a JCB tomorrow, to dig till about 8 feet to get access to the stones to remove them. The source of the stones will be ascertained. Then it is hoped that everything will be alright. Then they will construct a chamber. It is expected that this will take 2 days.

We will continue to coordinate with BWSSB till the problem is resolved.

Posted by PNLIT Admin (Arathi) at 7:55 PM No comments:

Making the dream of a water-filled lake a reality

There has been much excitement at Puttenahalli Lake, JP Nagar this past week. With the onset of summer, there is not much water in the lake but it is expected that this will not be for long. PNLIT's "get water in the lake" project is closing in on another milestone.

A couple of years ago, a diversion channel to let storm water into the lake was completed by the BBMP. Apart from harvesting rain water, this move proved to be important in preventing the flooding of low-lying areas near the lake. Though the water level in the lake did rise during the monsoons, it was evident that this storm water would not be adequate.

One of the questions often raised by visitors to the lake has been "Why is there so little water in the lake?" Last year, around the same time, I had written a post about summer lakes which can be read here. The option of letting treated water from a neighbourhood sewage treatment plant (STP) into the lake seemed to be a viable one, provided the quality of the water met the required standards. The L&T-built South City apartment complex that is located very close to the lake has a functional STP, so we approached the association to explore the possibility of getting its treated water, and have been treading cautiously. After painstakingly arresting any sewage flow into the lake over the past few years, the last thing we would want is a lake full of muck! Better less water than sewage water.

Now coming back to the excitement at the lake. On 28th March 2015, the Chairman of the Karnataka State Pollution Control Board (KSPCB), Dr Acharya, visited the lake for a cleaning drive that had been jointly organised by KSPCB, BBMP, SUGRUHA (South City association) and PNLIT. Upa Lokayukta Justice Adi and BBMP Chief Engineer (Lakes) Mr BV Satish were also present. Volunteers from the neighbourhood, young and old spent their morning in clearing the lake bed and bund. Saplings of trees that can grow in water were planted in the lake bed, and poles to serve as bird perches were also fixed. 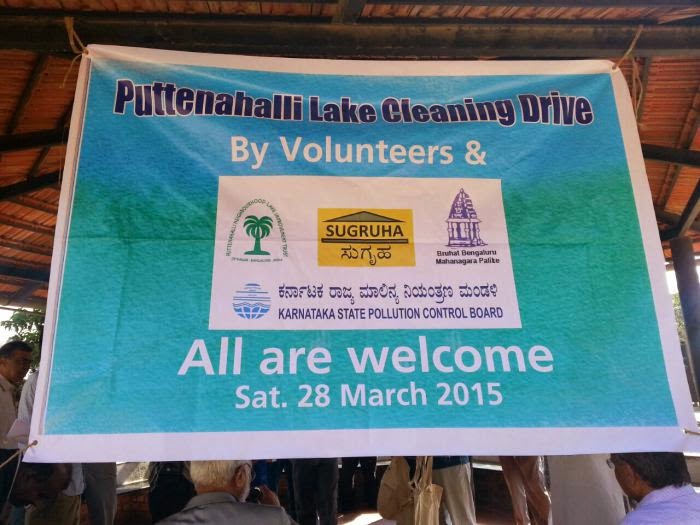 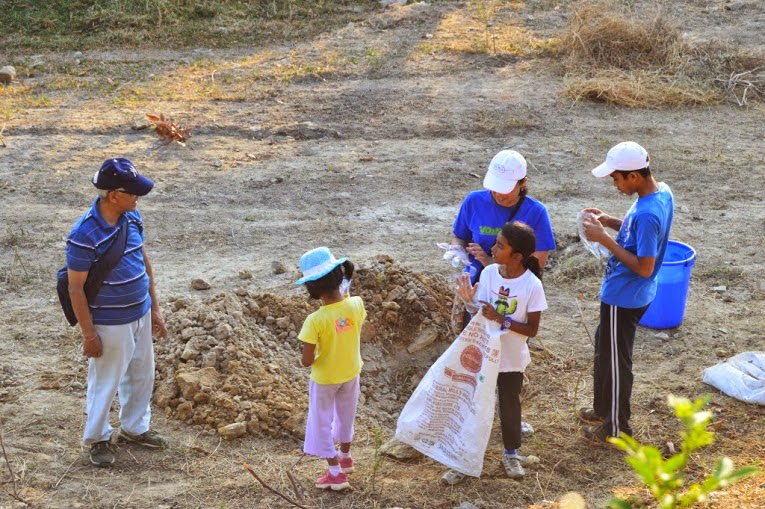 More pictures can be seen here and in the linked reports.

During this visit, the KSPCB Chairman Dr Acharya also inspected the STP at the South City apartment complex. After several months of work, the water from the STP had finally passed the quality standards. PNLIT trustees and South City representatives had met with Dr Acharya a few weeks ago to seek permission to release the treated water into the lake. After this visit, he was satisfied. Oral permission has been granted while written permission is awaited. This means that excess water from the STP instead of being fed into the underground drainage system can be let into the lake. At least 400 kilo litres per day! The connection pipe between the lake and South City's STP needs to be laid. Once this is done and a water monitoring system is installed, the lake will be ready to receive the treated water. The water quality will be closely monitored. A picture of a lake full of water is already taking shape in everyone's minds. People are waiting to see it!

The conditions under which KSPCB has decided to let a private apartment's STP outflow into a public lake on a trial basis, the efforts involved and photographs can be seen in various related reports:
KSPCB blog
Bangalore Mirror
Deccan Herald
DNA online
The New Indian Express.
Posted by Arathi Manay at 9:49 PM No comments: