Today morning we got the exhilarating news of a new bird sighted at the lake - a Pelican no less! To be precise, a Spot-billed Pelican. Birder Madhu spotted it at about 7.30 a.m., followed by Srinivas Pai from the Nature Conservation Society and then Deepa Mohan who happened to come with her group of enthusiasts. We trustees got a flurry of messages about the sighting and photographs. I managed to see it from my balcony. It was so huge that I didn't even need the binocs.

The Spot-billed Pelican has been listed as "Near Threatened". For more info about this bird, please see here. Madhu's report below captures the excitement of seeing the Pelican. She in fact, saw another beauty - a Golden Oriole flying overhead. This is a gorgeous bird which we hope will land, (maybe nest?) at the lake.

All you birders, a big, big thanks from us. Here's hoping that the Pelican returns with his/her friends. May the number of winged wonders to the lake increase giving you and us, great joy.

This morning, when I went to the lake, one of the first things I saw was a huge boat  near the viewing deck. Looking closely, I realized that it was a spot billed pelican. Upon hurrying to the viewing deck, I saw that a group of pond herons and cattle egrets, which are normally foraging in the reeds, sitting huddled on a perch, while the coot family and the little grebes were going to great lengths to avoid the humongous guest. Pics attached.

Besides the pelican, a golden oriole was also seen at the lake today. It flew around the lake and disappeared near the coconut grove. The greater coucal, little cormorant and purple heron were seen after a long time too. 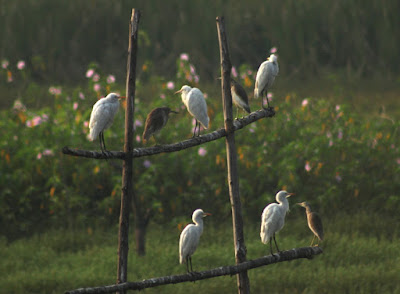 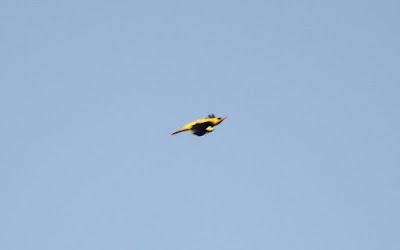 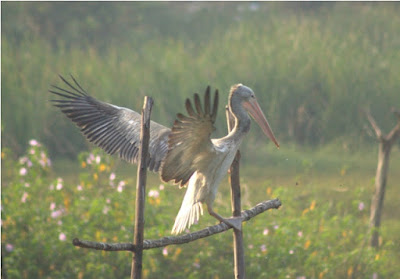 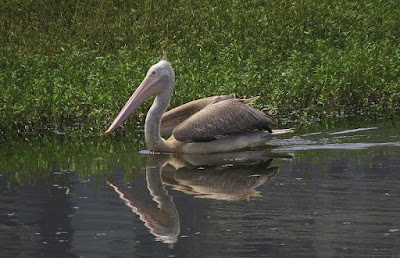 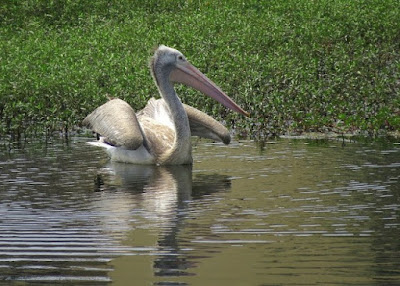 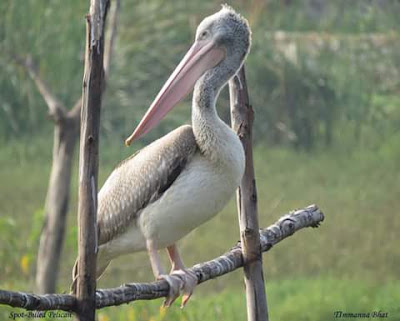 Posted by PNLIT Admin (Arathi) at 9:30 PM No comments:

Report on the Mime Workshop

"Don't be the Object,'' was the mantra on Saturday evening, 27th Feb 2016, at the Puttenahalli Lake gazebo.

The children, impeccably dressed in black and white (the dress code was such), started off by introducing themselves in a novel way in which they had to prefix their names with an adjective which had the same first letter as their name. The younger children thought, the older ones prompted and we had several adjectives flying across the gazebo...Awesome Anoushka, Smiling Sidhanth....

After a fun theatre game, the 25 children were divided into groups of 5 and an exercise to sharpen the auditory senses, harmonize voice and improve awareness, movement and spontaneity was conducted. By now, the kids were all ready for the real thing! Murali Krishna, the super talented mime artist from ASMI, an institute of art, culture and theatre, introduced the children to mime, which is an art of silent recreation. In this art form, facial expressions, gestures and postures do all the talking.

The very first mime enactment was peeling an imaginary banana and eating it. After this, the highly interactive session encompassed different activities, actions and scenes....how to ask and tell the time of day, cricket batting, lifting a heavy rock, switching on the TV with a remote control, opening the refrigerator and drinking from a bottle, riding a motorbike, etc.  In between all this, the groups were given several topics such as, a scene from a Zoo, a wedding photograph and finding a treasure, to enact using the mime techniques that were taught. The groups with children ranging from age 7 to 12, huddled together and then came up with extremely creative and interesting ways to mime these concepts. All the time, the children remembered to 'not be the object'. After each enactment, there was animated interpretations and discussions. 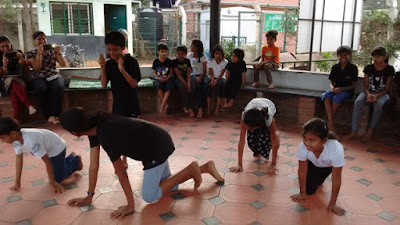 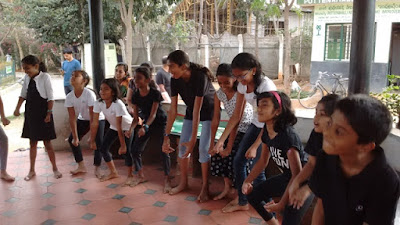 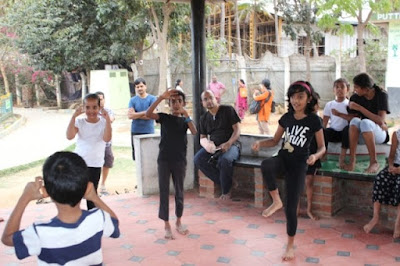 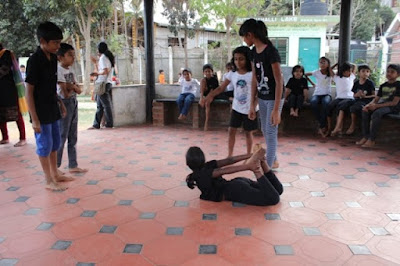 The children lost their inhibitions and found a way to express themselves in a manner much different to the one they are normally accustomed to. Puttenahalli Lake once again resounded with the laughter of happy children and proud parents, that evening.

When the session ended the excited children tried walking back home by doing the mime walk, before realizing that it was only the illusion of walking and the body actually remains stationary in the original place J

Seven year old Subhashini who was one of the participants had this to say about the Mime workshop:

The day when I went to Mime Workshop, I had lots of fun. I enjoyed Miming that means pretending that I opened a fridge and got out a juice bottle, and opened it with a bottle opener, and drink it! Yoo Hoo! It was nice, really nice. And I learnt 3 important things in Mime. First important thing is the size of the object. Second is shape of the object and the third is the weight of the object. The main thing about Mime is "Don't become the OBJECT" . We also learnt to do a Mime walk! The walk was to walk in the same place! That was fun!