The morning of 27th November saw the coming of enthusiastic Deloitte volunteers to Puttenahalli Lake as part of their yearly  'Impact Day event'.  Around 30 of them gathered at the gazebo to know more about the lake, how it was brought back to life and to find out how they could help.

Mr.S. Sundaresan from Deloitte kickstarted the proceedings by telling the others about our struggle to revive the lake and all the hard work that has gone behind it. As a resident of the neighbourhood (Mr. Sundaresan lives in South City), he had clearly kept himself abreast with the progress updates that are regularly sent out by PNLIT trustees. Mr Ramaswamy (Trustee, PNLIT) elaborated the challenges faced by the PNLIT team and about the long road ahead to complete the transformation. Mrs.Nupur Jain (Trustee, PNLIT) briefed the volunteers about the work that was planned for them to make an "impact" - repairing of broken benches in the gazebo, planting of saplings around the lake. The volunteers divided themselves into teams and set out to work with great excitement. Our neighbourhood volunteers Kalai and Divya, our manager Susheela and gardeners were actively around to coordinate their work. 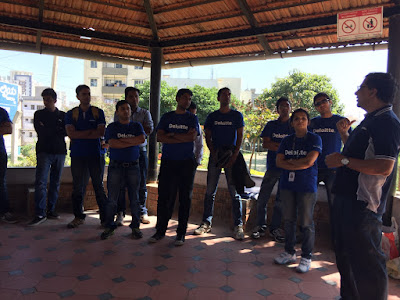 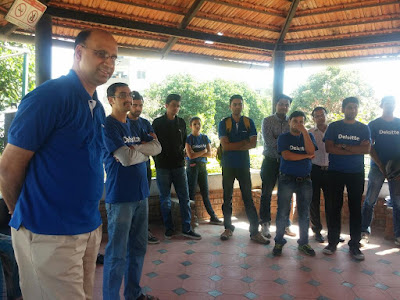 Some of the volunteers helped repair the benches which had been broken by miscreants a month ago, guided by the mason who had been called. The volunteers lifted the heavy stone slabs and placed them on the bases, brought bricks, mixed the cement and so on. They also cleaned up the gazebo area. 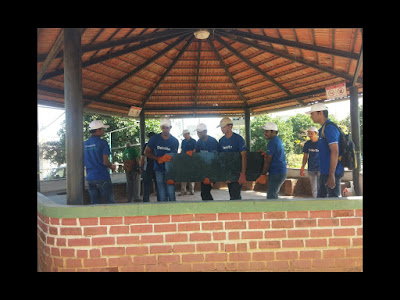 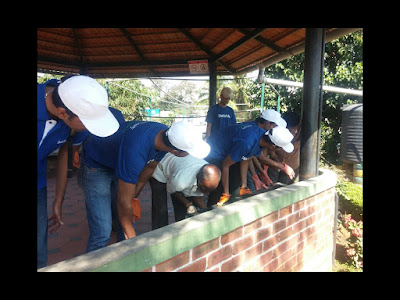 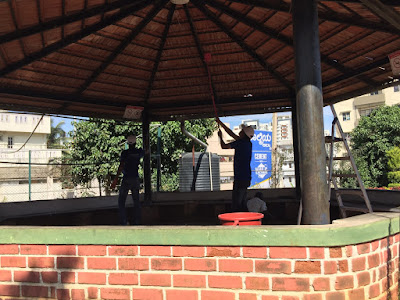 Others were immersed in gardening work. From mixing the soil and manure to pushing the wheel barrow loaded with plants and tools, they enjoyed every bit. The hot sun above them did not dampen their spirits and they worked hard till it was lunchtime. It was a joy supervising them and listening to their talk. 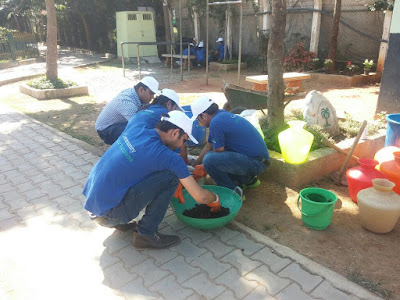 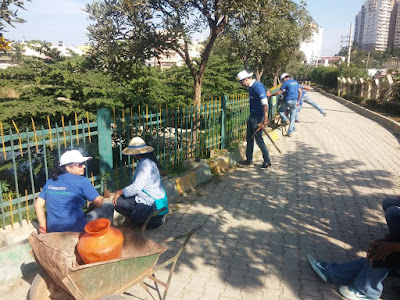 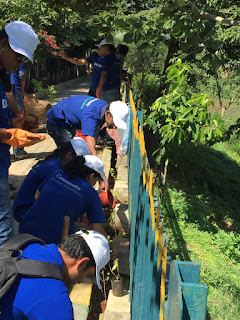 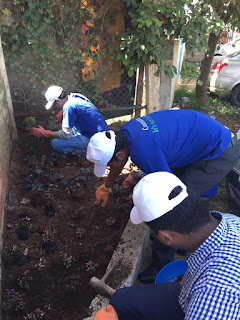 Deloitte had arranged for a quick but tasty lunch for all and then it was back to work. By 3:30 p.m. the volunteers completed all the work that had been planned for them. They were exhausted but deeply satisfied with what they had managed to accomplish that day. 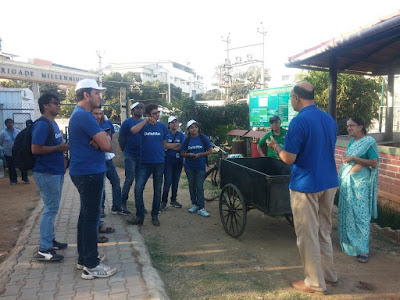 In appreciation of all their hard work, the volunteers each received a PNLIT wristband. Till their next visit to the lake, these bands that celebrate lakes and the group selfies/ photographs that they took would remind them of their Impact Day at Puttenahalli Lake.

Sincere thanks to Deloitte volunteers for their contribution to Puttenahalli Lake.

- as reported by Nupur Jain with minor edits