When work gets undone and redone

The south west of our Puttenahalli Lake is the lowest point and hence the biggest source of rain water. Unfortunately though, the open storm water drain leading to the lake would always be full of plastic and trash which would enter the lake with the rain water.

We decided to clean the drain and cover it with concrete slabs. Obviously we could do this only for the length of the drain along the lake boundary. The slabs would serve the additional purpose of giving pedestrians a safe pathway in a narrow, crowded road.  To prevent trash from entering this section, we would fit a grill where the slab ended and also at various points at the base of the slab walkway. This would drain rain water quickly from the road. To prevent any stray trash from entering the lake, we decided to fix a grill on the top wall of the silt traps. 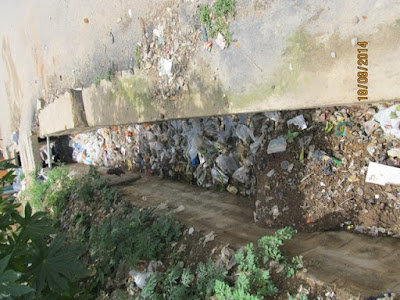 Plan in place, we submitted a proposal to Robert Bosch Engineering and Business Solutions Private Limited (RBEI) earlier this year who accepted it. PNLIT funded repairing the wall along the length of the boundary fencing to prevent soil from falling into the drain. We gave the work order of both to a contractor, Mr. Reddy. Work began in May this year. By mid July the drain was transformed and we were delighted. Everything went as per plan for the next couple of months, rainy ones. 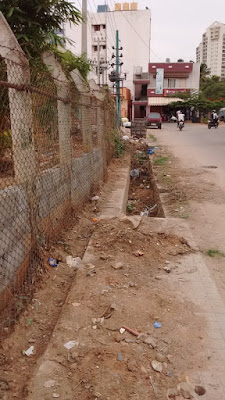 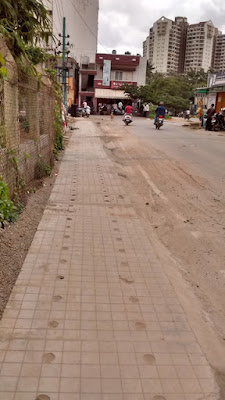 In mid-Sept. we saw a trench being dug on one side of the road by KPTCL to lay cables. We were concerned about the already narrow road shrinking further. Would any vehicle go over our pathway ? Would the slabs bear the weight? Our fears came true on 28th Sept. when we found several slabs broken. Clearly a heavy vehicle had gone over them. People living in the vicinity said that a JCB used by KPTCL had done the damage.

We promptly sent an email to the MD, KPTCL explaining the situation and requesting for the slabs to be replaced. There was no response. A fortnight later we sent a reminder. Voila! The MD replied that he would ask the Chief Engineer KPTCL to check and take remedial measures. Another 10 days passed. We wrote again requesting for the Chief Engineer's contact details. We'd follow up with the gentleman, we said. He promptly did so. The Chief Engineer, Mr. Chandrasekhar sent his engineers to inspect the damage and on 9th Nov. the slabs were replaced! 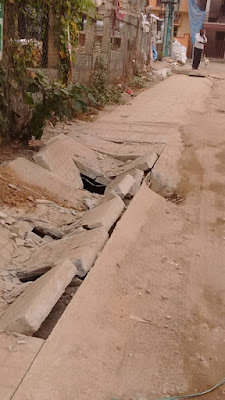 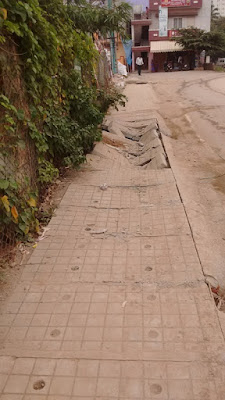 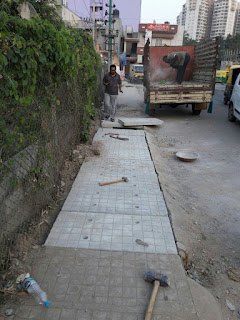 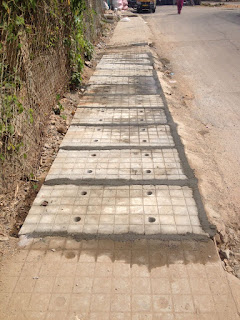 Our heartfelt thanks to Mr. Jawaid Akhtar, IAS, Managing Director, KPTCL, Mr. Chandrasekhar, Chief Engineer, Transmission and to the two site engineers. Ms. Suma and Mr. Satish did not believe that it was their JCB which caused the damage but nevertheless they got it done since it was in the interest of the public. Kudos!