Greetings to all on World Environment Day. On this occasion which calls for protecting our ecosystem, here is an update about our neighbourhood lake.

The best news is that the Puttakere is free of sewage at last, or should we say, for now? With the BWSSB's replacement drain leaking as recently as February, we had to pursue them to get it resolved. It turned out that the connecting drain outside the premises was not big enough hence the back flow was entering the lake. For almost the whole of April, the middle of the road in front of the petrol bunk (on the BM - Arekere road) was dug up. For various reasons including rain, work couldn't proceed as planned. With BBMP, we, and the slum dwellers urging them, BWSSB engineers replaced the drain and, on  22nd April, arrested the back flow.
The slum dwellers were forced to protest because sewage had entered several of their houses too. Two years after the High Court disposed of their writ petition, we filed one on 6th March seeking the Hon'ble Court to issue directions to the government to relocate the slum and stop sewage inflow permanently. Our WP 4964/2021 came up for hearing on 31st May. The Division Bench has asked the respondents to file their objections and fixed the next hearing on 6th July.
After the sewage influx was stopped, the BBMP contractor had less than a week before the lock down to resume his work. He managed to strengthen the bund on the slum side, but couldn't complete the pitching or do the few other pending tasks. Like him, we too have learned to take such delays in our stride and to take (greater) pleasure in the small things at the lake. Most of the pictures in this post were taken by our gardener, Ramu, with his mobile. The quality may not be very good but they will hopefully lift your spirits. We can all do with a bit of cheer in these depressing times.

The rain has turned it into a swampy grassland once again and the birds are loving it! A couple of weeks ago, our gardeners had put up perches which are being put to good use by different species of birds. Their return to the lake is one of the things that boosts our morale. 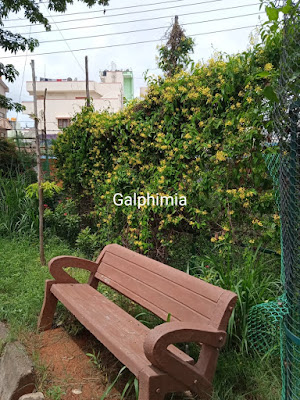 Increasingly, researchers are pointing to a direct link between destruction of nature and outbreak of diseases. On  World Environment Day, today, let us pledge to promote awareness and protection of the environment and natural resources and do our bit through the year!
Take care. Stay safe.
Posted by Arathi Manay at 11:55 AM