The morning of the Kere Habba on 21st Feb. saw over 30 volunteers coming as early as 7 a.m. and setting to work stringing festoons between trees, paper lanterns, sticking event posters, and more. Almost ALL the decorative items were "home made" by children and adults. Snehadhara Foundation did likewise with sketches and artefacts painstakingly done by their children. Many hands made for quick work and it was all done in a couple of hours. It was time for a sumptuous breakfast made and served fondly by Krishna, South City and Pavithra from Brigade Millennium. 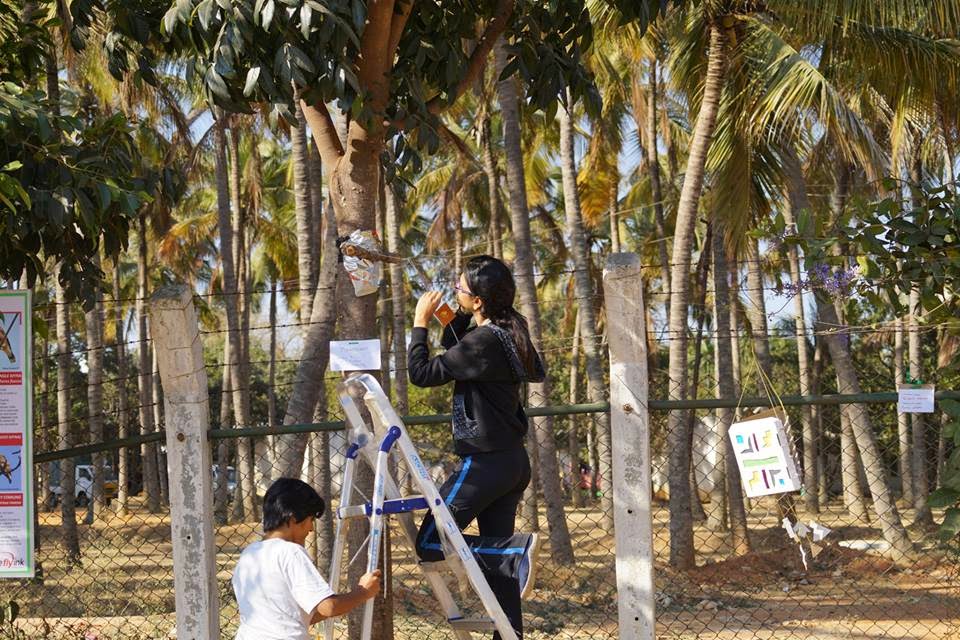 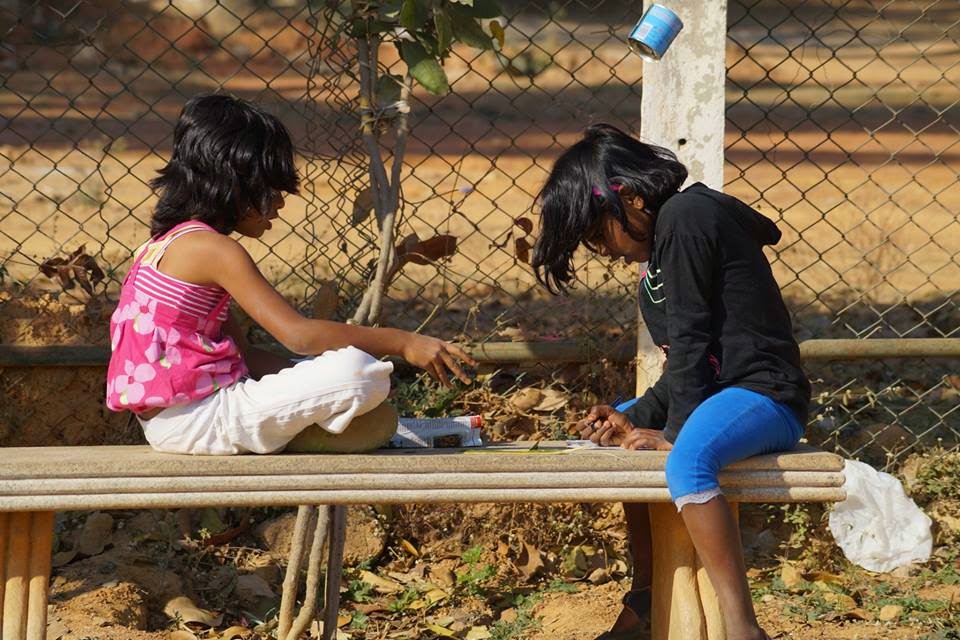 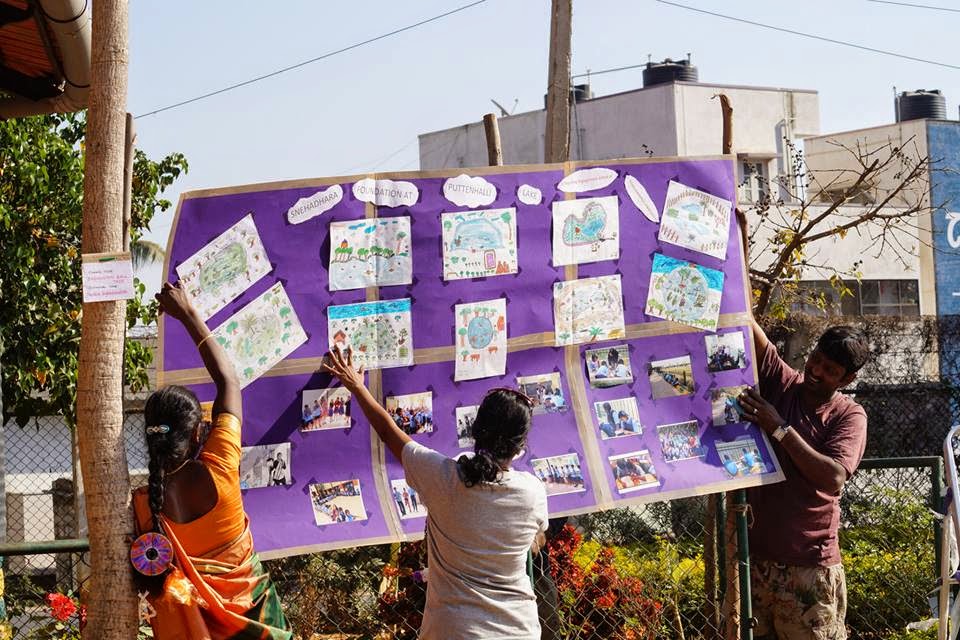 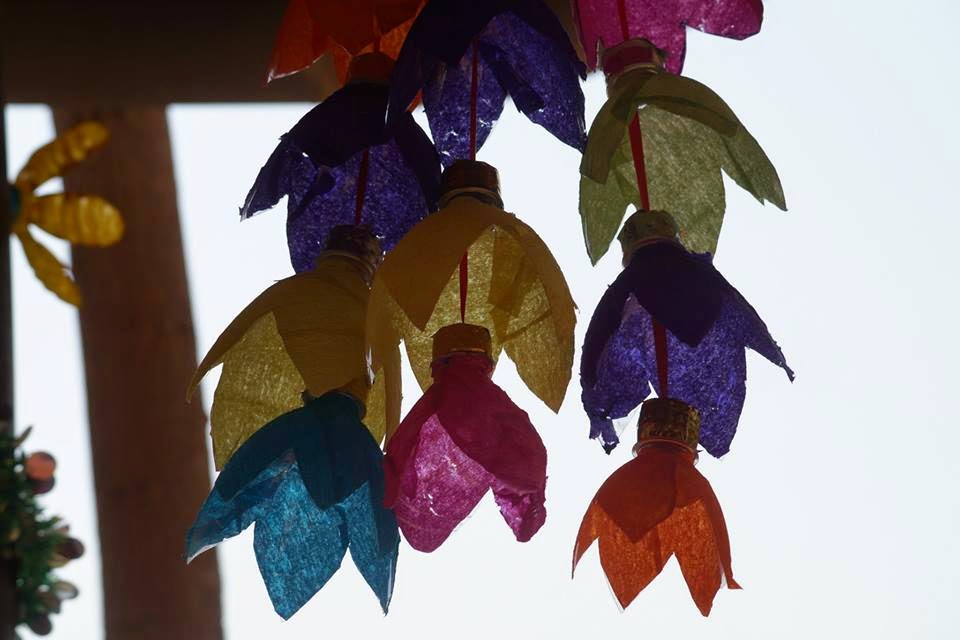 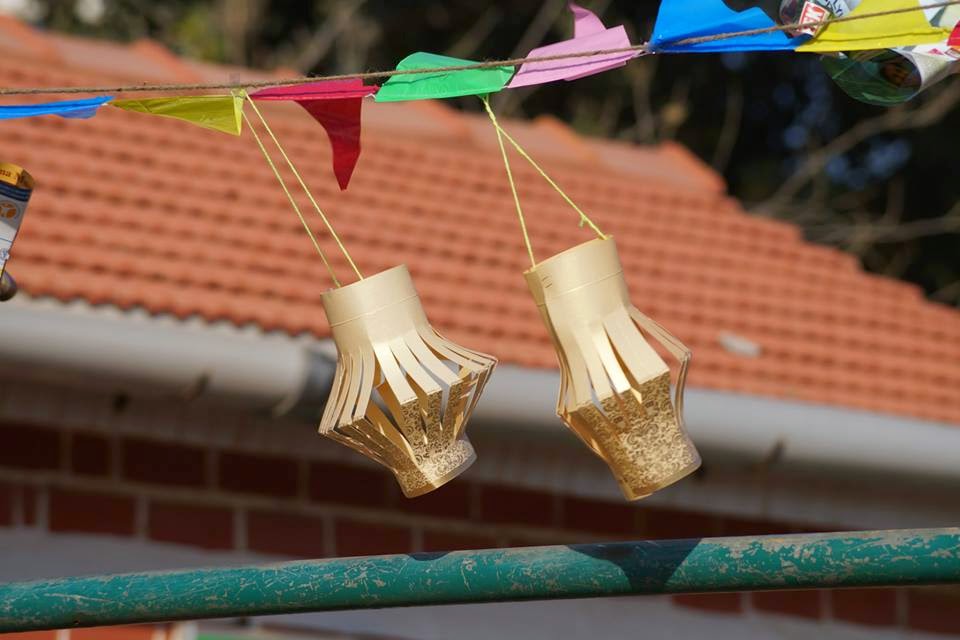 By the time the first of the visitors arrived, the shamiana was up adding to the festive atmosphere. "Lake Alive" being an event of, for and by the people we didn't have to wait for a VIP Chief Guest. Mrs. Leela Nagarajan, the craft guru of the day, lit a lamp and the sessions began, not just in the Gazebo but also at the Viewing Deck and along the coconut grove.

The birds in the lake were not in the least fazed by the drumming, the children running or shouting. They continued to fly and fish, to the delight of the bird watchers and photographers. The stars of them all were a pair of Pied Kingfishers which hovered in the air and dived and fought with each other for the catch! Equally oblivious of everything was another star, cartoonist Ananth Shankar who sketched, sketched and sketched even as dusk fell! 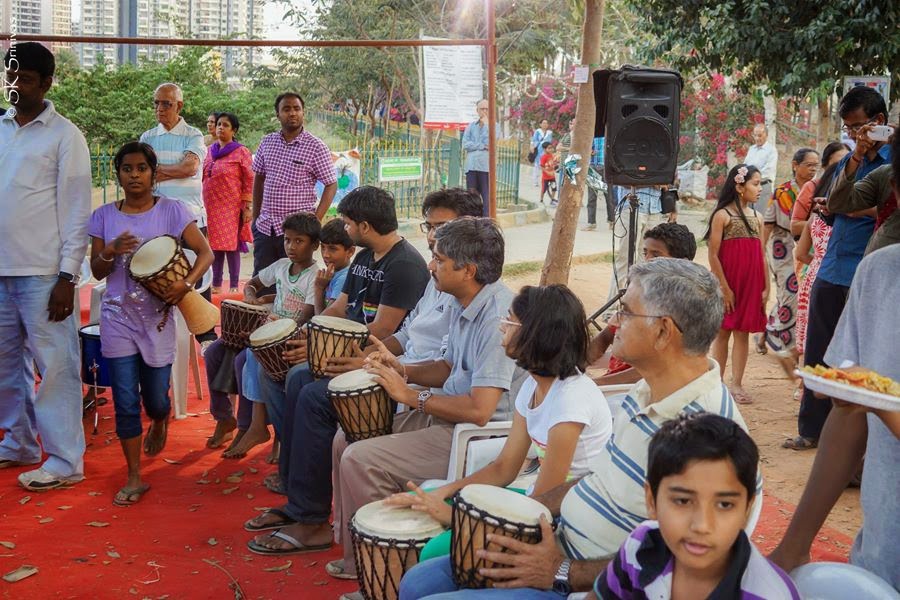 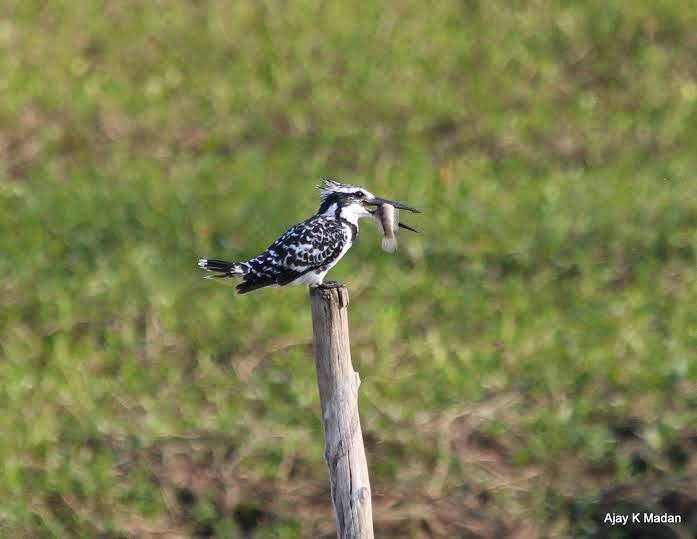 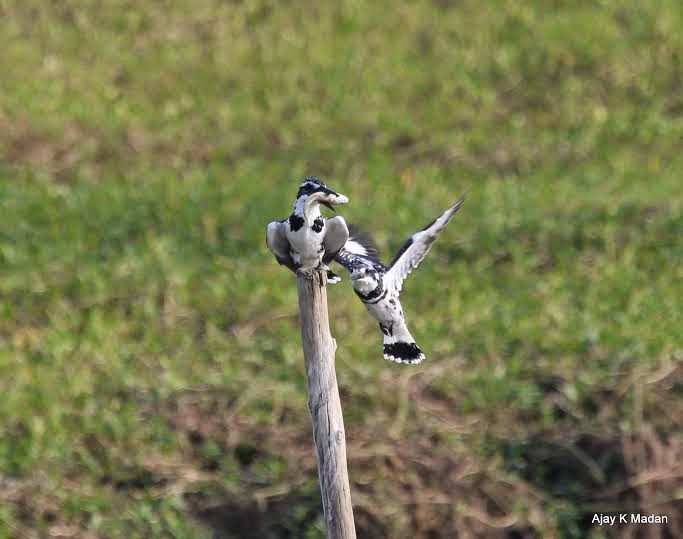 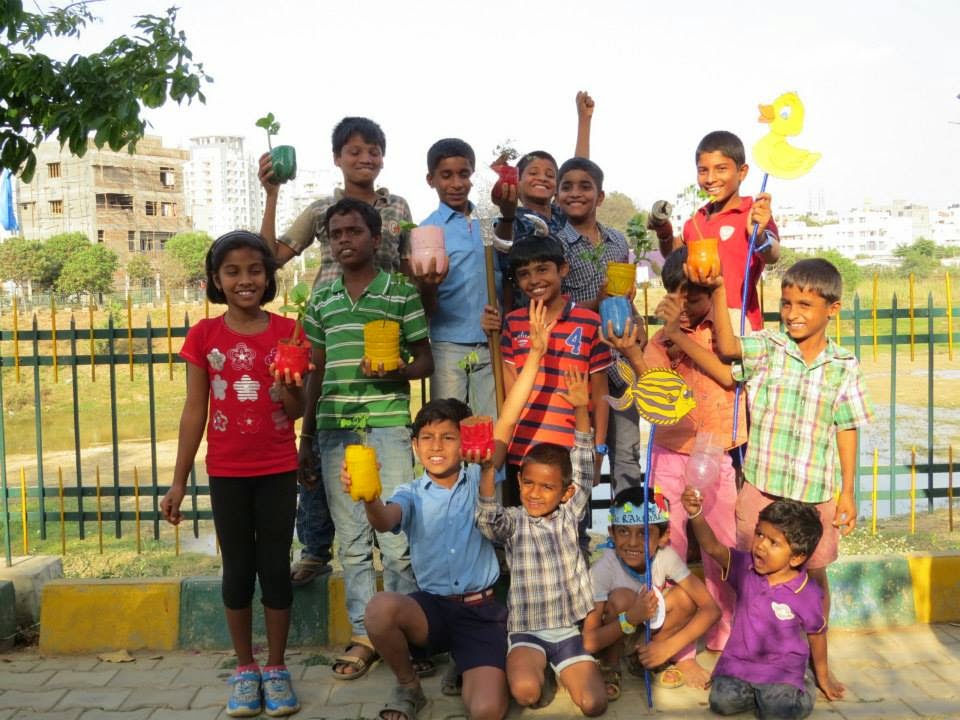 Children with potted plants that were given away free 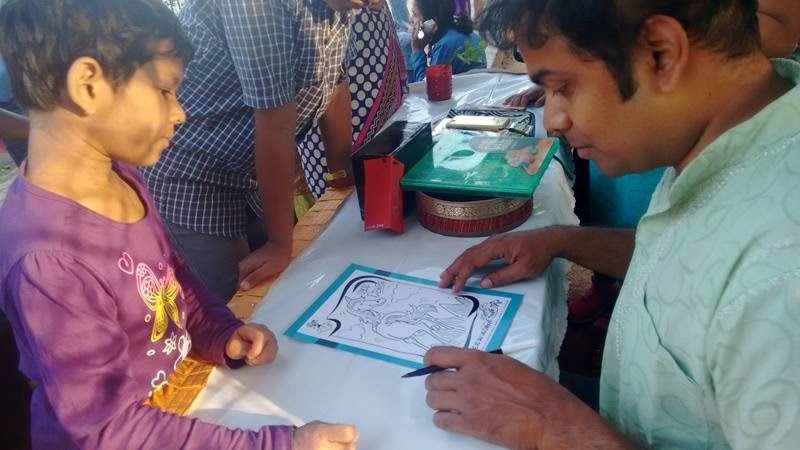 Our guesstimate of the number of people who visited the Habba is about 700. The best laid plans often go awry in its execution but thanks to our volunteers, we had an event that went off smoothly. They were more than 60 and it would make a very long list indeed but our heartfelt thanks to each of them. Sincere thanks also to India Water Portal for partnering Lake Alive with PNLIT. The Kere Habba is an initiative of the Namma Bengaluru Foundation.