An exhilarating bird sighting at the lake

Early this morning we received by email a photograph of a bird spotted at the lake by Gautham who lives at Brigade Millennium. Even as our eyes popped out in surprise, South City resident and birder Madhurima sent an sms saying she'd just spotted the same bird. She managed to take some pics before it hid in some bushes. This was enough to send us into a excited frenzy! Which was this bird that brought such a huge smile on our faces? A Peahen! Yes, a female peafowl! 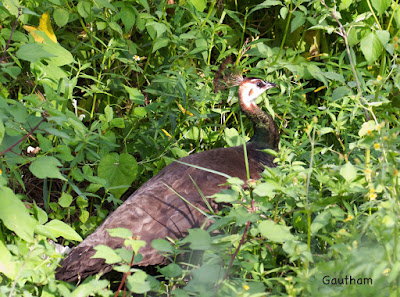 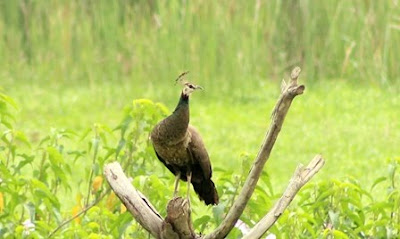 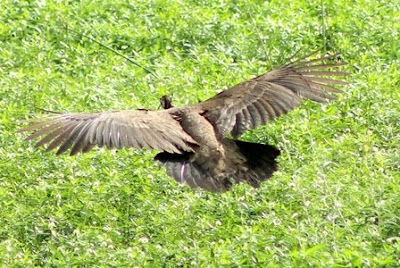 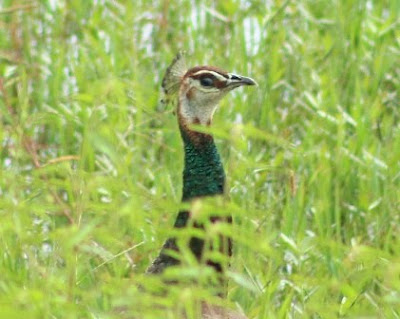 It is likely that the bird flew in from the Arekere Reserve Forest but indeed, it is being sighted at our lake for the first time ever. Did it come over to feed on the snakes? Or perhaps because the swampy environment at the lake is a granary of insects, seeds and other food? More than these questions, the ones that rise in our minds are - Will the dogs leave her alone? Will a peacock follow her? Will they breed? Time (and our bird watchers) will give us the answers but for the present, we are hugely delighted about the Peahen at Puttenahalli Lake!

For me, in particular, this sighting takes me back to my childhood when we had a pair of peafowl, rather briefly, but among the more memorable of our pets. I wrote about them in a fortnightly column called Kookaburra Laughs. "Mr. and Mrs. Peafowl" can be read here.