The enchanting sight of infinite pink spots on the marshy Sewri mudflats is enough justification for a ride into this dusty, smoky industrial part of south Mumbai. Located along the Arabian Sea, on the eastern coast of the island city, the Sewri (pronounced Shivdi) Jetty is where the Mumbai Port Trust, Tata Electricals, Bhabha Atomic Research Centre and the refineries of ONGC, BPCL and HP are located. Dominated by mangroves, it is also the place where 15,000-17,000 migratory flamingos spend a few months every year (generally October-March). 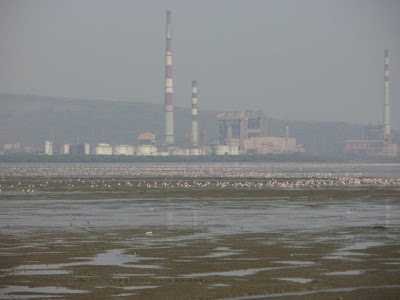 Infinite pinks spots with the backdrop of oil refineries

Of the five flamingo species of the world, two species, the Greater Flamingo and the Lesser Flamingo are found in India. Mainly resident in Gujarat (presumed Rann of Kutch region) during the breeding season, they are known to winter in warmer parts of India including Karnataka, Maharashtra, Tamil Nadu, Andhra Pradesh and Rajasthan.

The Greater Flamingo is one of Bangalore's winter migratory birds, but sightings over the past few years have been occasional, and restricted to select locations like Madiwala Lake and Halagur Lake. The Lesser Flamingo does not come to Bangalore, probably because its diet comprises mainly of algae found in alkaline waters that are absent in the city.

The Flamingo Festival is a one-day event organized by the Bombay Natural History Society (BNHS) at Sewri mudflats every year. During the event, the public gets an opportunity to see the white Greater Flamingo (about 1,500-2,000) and the pink Lesser Flamingo (about 15,000), apart from several other birds (darters, egrets, gulls, herons, ibises, kingfishers, pigeons, plovers, sandpipers, terns …) under the guidance of BNHS experts. An exhibition attempts to educate the public on flamingos and how we can help in protecting them. With its breeding habitat under threat, the Lesser Flamingo numbers have been on the decline and it is presently classified in the IUCN Near-Threatened List. 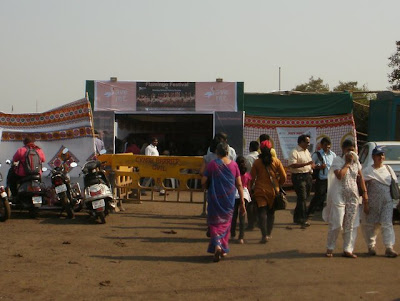 After repeated postponement of this must-see Mumbai sight, there was no better day than today (9th March 2013), the day of the Flamingo Festival, for my family to make the trip to the mudflats. And we have absolutely no regrets!

Conserving the habitat of the Greater Flamingo in Bangalore will bring it back to the city. Bangaloreans need to go for it. Maybe one day they will stop over at Puttenahalli Lake! 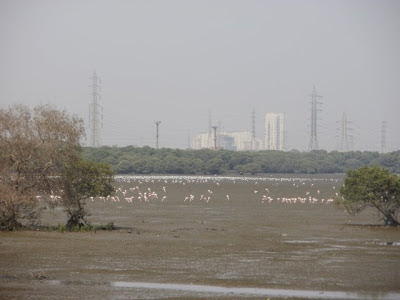 Pink flamingos with a sheet of white gulls in the background 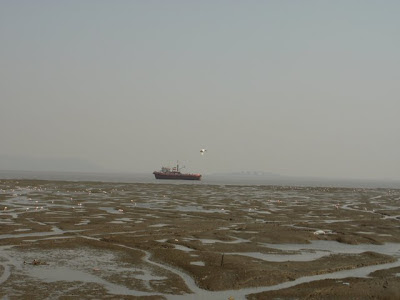 Several other birds spotted in flight and on the mud 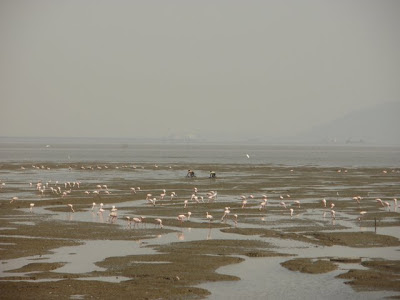 Boys on mud skis disturb the peace, making the flamingos move around 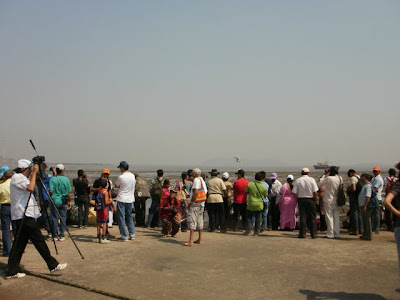 A crowd on the jetty 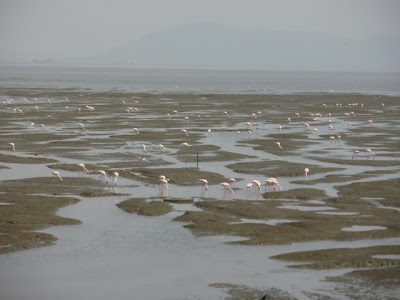 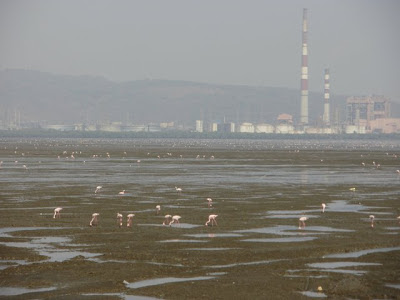 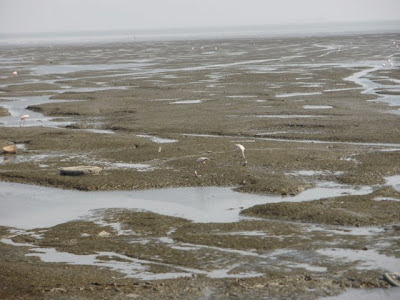 Greater flamingos just a few metres from the jetty 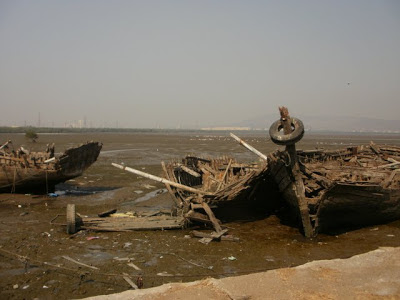 Abandoned boats along the coast spoil the view,
but they provide shelter to some species of birds, fish, crustaceans and others 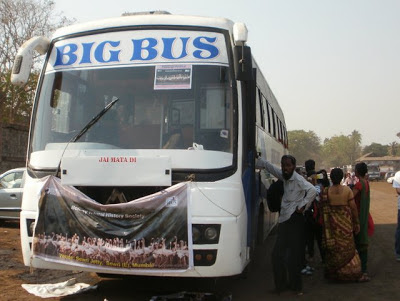 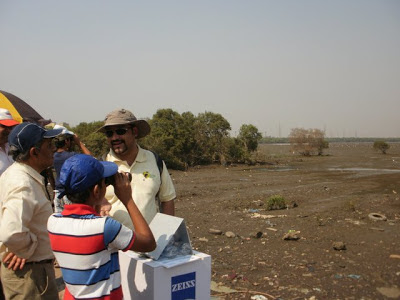 Binoculars at regular intervals give a close-up view,
BNHS guides help with bird IDs and info 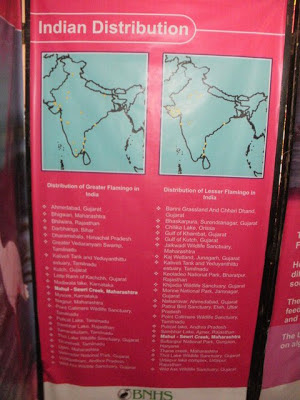 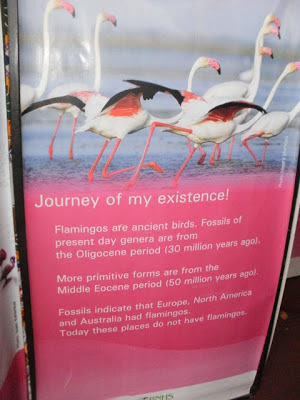 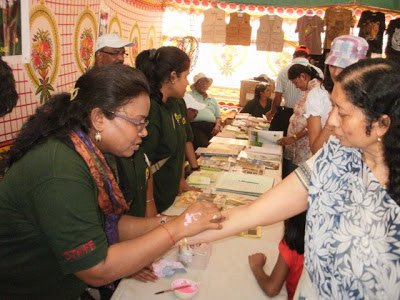 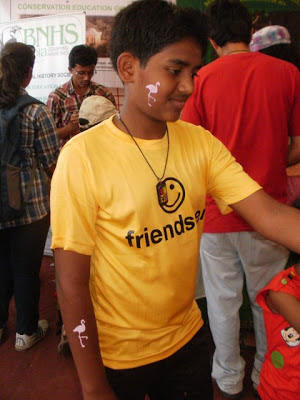 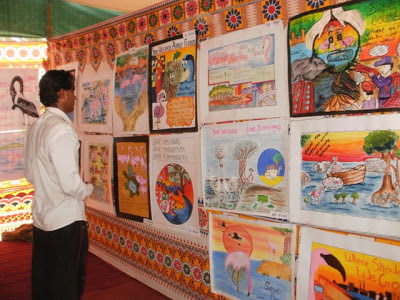 Prize-winning paintings from a competition on flamingo conservation 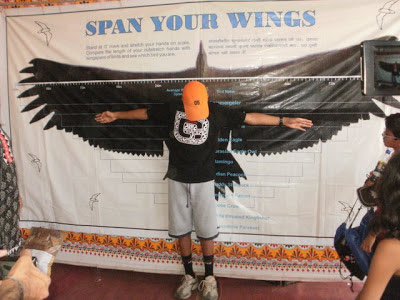 Span your wings. Which bird are you?

Nice post about Tattoos, i am looking forward tattoos shop in bangalore ?