Two birds at the lake

The dead tree which our volunteers had placed on the lake bed in June this year has always had some bird or the other perching on it. 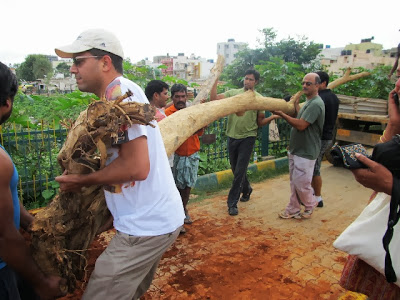 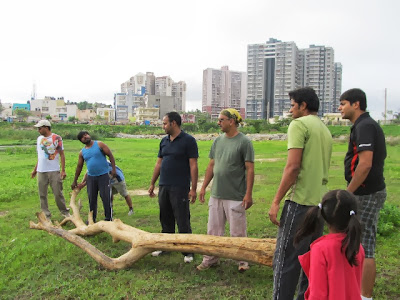 Volunteers helped shift the dead tree to the lakebed (June 2013)

Today it was the turn of a Little Cormorant. The sight of these cormorants is heartening since they are predominantly fish eaters. From June to now, it is not only the birds that are new to the lake but also the water level as you can see around the dead tree in the photographs. 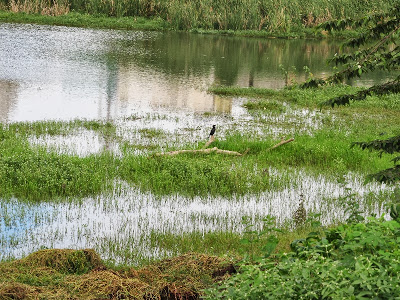 Another lovely bird spotted today was a Pheasant-tailed Jacana in breeding plumage. They typically breed in the monsoon, laying eggs in floating nests. We didn't spot any nest today but will be on the lookout for them. 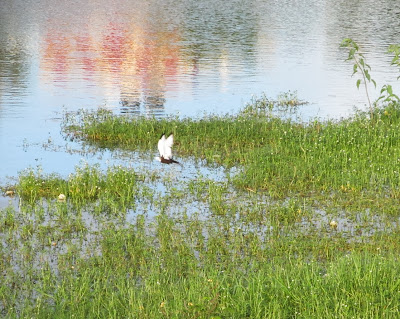 
What is more conspicuous, indeed at several places in the lake are the nests of the Common Coot. The coots are hatching or swimming with chicks of various sizes everywhere. They are converting the lake into a veritable nursery!