A few days ago, I had the privilege of attending the "Affordable Housing, Liveable Cities Conference 2017", organised by My Liveable City, at one of the halls of the World Trade Centre in Mumbai.

Held over two days, 21st-22nd Nov, the conference revolved around the Pradhan Mantri Awas Yojana, an endeavor to deliver 20 urban million homes by 2022, and what it would take to make this a reality. So the place was buzzing with the finest Indian and International minds delving into finance, design, development, urban planning and policy making. If you're wondering how I am associated with any of these, well, I am not! 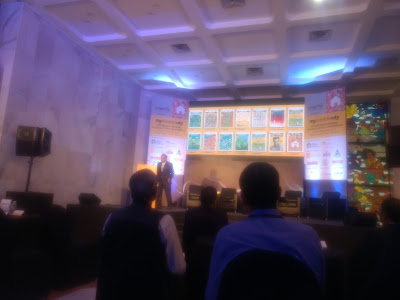 My Liveable City, is an international magazine, committed to its name. The latest issue Oct-Dec 2017 has an article written by an architect Yamini Kumar, about flora and fauna in our cities. It mentions three spaces - Benthuizerplas in Zoetermeer in the Netherlands, Country Parks in Hong Kong and Puttenahalli Lake in Bangalore. You can read the article here.

Cities are living organisms and have a character of their own. Each city has a personality dependent on its location, its history and the ambitions of its citizens.Undeniably we have a symbiotic relationship with our cities. To make our cities more liveable, we need to put more into them. We need to be more aware and involved, become more active and participative as well as be demanding of our city planners and administrators. - www.myliveablecity.com

My Liveable City (MLC) is born out of a series of discussions between a specialist in city-design and a specialist in media and their commitment to contribute to create more liveable cities in India. Shyam Khandekar has nearly four decades of experience contributing to more liveable cities in Europe and India. Shashikala Venkatraman has lived in cities across the world, and has extensive experience in media. Inspired by their commitment, they have been joined by young and talented professionals in city design, development and building from India and abroad who have been trained at the best universities around the world. A talented publishing team from India make up the balance of this team. Together they make the MLC project possible.

During this conference, My Liveable City awarded the "key" to an imaginary perfect city to three individuals/institutions. PNLIT was one of them. 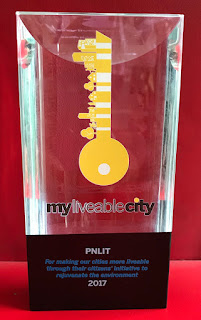 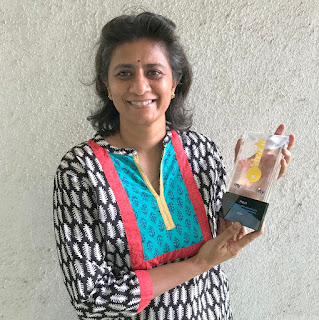 Living in Mumbai, I collected the award for PNLIT. Sincere thanks to My Liveable City, Mr Shyam Khandekar , Ms Shashikala Venkatraman and others, for the recognition. It was rather humbling, for a small citizens' group that happened to get involved with a small waterbody, in some obsure part of a metropolitan suburb, to be rubbing shoulders with CEOs from big banks/financial instituions, and renown designers/builders, from India and abroad.

I take this opportunity to share the good work of the two other awardees.

Mr Ashok B. Lall, Architect, Delhi
http://www.ashokblallarchitects.com/
His architectural firm, since 1981, is committed to an architectural practice based on the principles of environmental sustainability and social responsibility. He has been engaged in architectural education for a few decades, having developed appropriate curricula and teaching methods.
https://www.youtube.com/watch?v=So_tQdELO9k

MASHAL (Maharashtra Social Housing and Action League), NGO, Pune
http://mashal.org.in/
Distressed by the plight of the urban poor in search of housing and livelihood in cities, in 1985 a few likeminded architects, urban planners and social workers came together to establish MASHAL. As an NGO, MASHAL strives to usher in development of the destitute and mobilises slum dwellers to improve their living conditions. They execute schemes which integrate multidimensional, multilevel and dynamic understanding of poor people's livelihoods. Mr Sharad Mahajan, the Executive Director of MASHAL, who collected the award, said that most of the founders are now dead, and this award they received is the first in the 32 years of their existence.