Our first Citizen Science Programme held on 13th February 2019 in collaboration with the Earthwatch Institute India and IISc was a very satisfying one indeed. We had less than our target of 30 participants, but all of them were deeply engrossed in the Nature walk led by veteran bird watcher and educator, Mr. J. N. Prasad which was followed by a session on water conducted by two researchers from IISc. 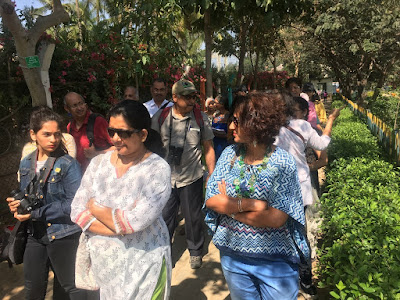 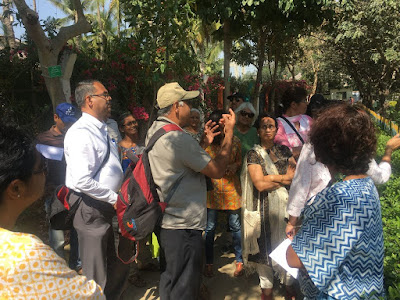 Given below are reports by two participants.

On the 13th of February, 2019, the Puttenahalli Neighbourhood Lake Improvement Trust organised a Citizen Science Programme for the community with the objective of increasing environmental awareness, primarily with regards to the lake and its surrounding flora and fauna.

The event began with a nature walk around the lake, led by Mr. J. N. Prasad who informed the participants about the avian diversity of the lake and its surrounding neighbourhood. Participants had the opportunity to learn about the habits of birds such as the egret and the purple swamp hen, refute myths about the mynas and discuss pigeon population problems.
Following the walk, Lepakshi Raju and Harini Santhanam of the Indian Institute Of Science along with Surbhi Sharma from Earthwatch Institute India conducted tests on the lake water, checking for parameters such as pH level and conductivity of the water and then allowed participants to do the same. They also educated participants on how to check the nitrate and phosphate levels of the water. Following this, the two researchers from the Indian Institute Of Science handed out questionnaires for their survey regarding the attitudes of the common public towards lakes and their maintenance.
This repeated and continuous effort by the PNLIT has been a major help in raising awareness about the unfavourable treatment of lakes in and around the city. The Puttenahalli Lake, in particular, has benefitted from their proactive contributions. They have been vital benefactors to Bangalore’s lake saving movement and one can only hope that their endeavours will continue to rub off on the citizens of this city, making them more aware of the way they can also do their part. 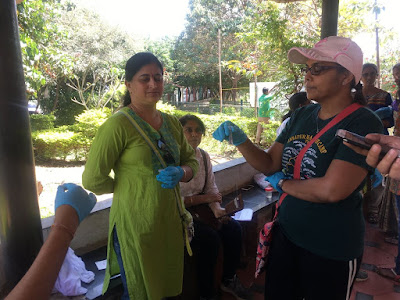 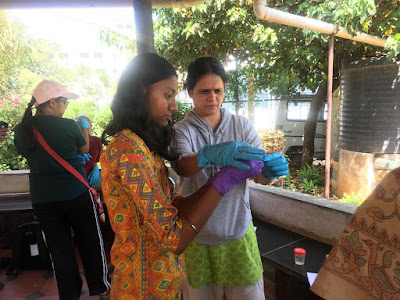 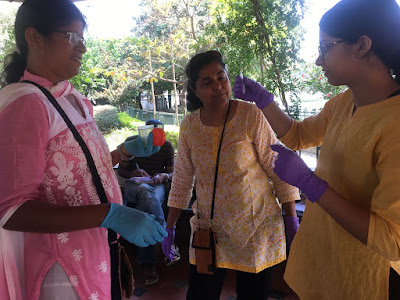 By Mrs. Vijayalakshmi Kutty, South City resident
The well-attended Citizens Science Programme, held on the 13th of February, at the Puttenahalli lake premises was a pleasurable morning at our pretty neighbourhood lake with a principal thrust towards spreading awareness in the community of conserving and preserving our valuable city lakes. It was led by a well- anchored team of researchers form IISc and Earth Watch India, JN Prasad (a well-known naturalist) and head of PNLIT, Usha Rajagopalan.

Usha Rajagopalan began with an immersive talk on the history of the decade long persistence and commitment put by her team to save the dying lake. This was categorised by a display of photographs taken at different times of the lake’s passage. She spoke of the cleaning of the lake bed, the technicalities involved in channelling the rain and ground water into the lake, the planting of water purifying aquatic plants, the engineering of floating islands to improve water quality and provide bio-diversity habitat and the replenishing of the lake by treated water from the apartment complex. Her talk had a crucial underlying message - the sustenance and preservation of the lake rests on the shoulders of the local community.

Then, JN Prasad, the birder, took us on a languid walk and into the magical world of birds - the hundreds of rushing swallows high in the sky, who had arrived from Europe, the magnificent Brahminy kites swooping low, a sedentary grey heron perched on an island, the territorial common coot, the cormorant’s fishing skills, the white egrets whose feathers had once donned ladies' hats.

Finally, after a refreshing tea break, we had a presentation by the researchers of Earthwatch India and IISc, followed by the testing of the lake water with the active participation of the attendees.

The parameters included the pH level, the acidity and nitrogen content and turbidity. When the results were out there was jubilation! The water in our Puttenahalli Lake was “good”! After more pleasant reflections and deliberations we dispersed after a well-spent morning.

We hope to have more such experiential learning events for residents in the future.
Photos by Ms Susheela Urs, PNLIT Manager
Posted by Arathi Manay at 10:38 AM

I am grateful to this blog site providing special as well as useful understanding concerning this subject. SEO Services Melbourne