Educational boards at the lake

It has been our desire to make the visits to Puttenahalli Lake more meaningful for everyone. Towards this, those who have visited Puttenahalli Lake recently, would have noticed that they have the help of sighting boards to identify the birds that they spot. 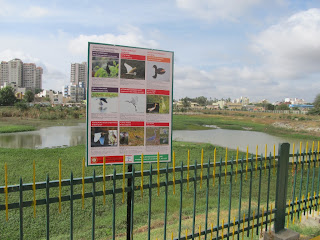 Over the past year, PNLIT Shutterbugs (enthusiastic individuals who keep visiting the lake to bird watch and photo-capture the birds), have been helping us identify the birds that frequent the lake and document their residency and visits. To date, we have spotted and positively identified more than 55 species of birds in the lake vicinity. 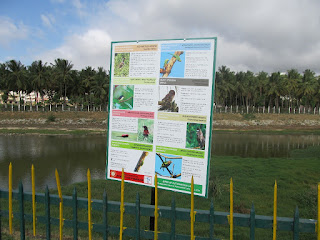 40 species, belonging to 21 bird families, have been featured on five sighting boards "Birds of Puttenahalli Lake", along with key information. We also have one large board at the entrance with information about Bangalore lakes.

All the photos on the boards have been taken at Puttenahalli Lake by the Shutterbugs during the period 2011-12 and due credit has been given to each photo. 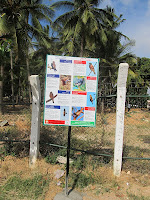 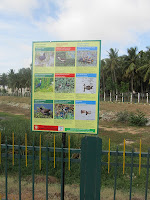 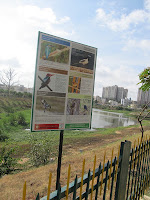 Our thanks to Shutterbugs Deepa Mohan, Govind VT, Harish Mahendrakar, Hayath Mohammed, KamalHari Menon, Rajiv Ratnam, Ram Manoj, Rosita Sequeira, Sanjay Mysoremutt, Shubho Banerjee, Sudhir Singh, Sujesh S. and Sushil Katre whose photos we have used, and without which we would have had to rely on opensource pictures. 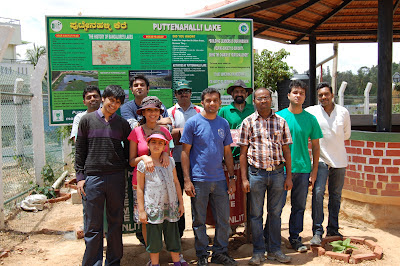 Our grateful thanks to Rotaract members Chandini Vynatheya (who made a PNLIT presentation to Rotaract), Arihant Kumar, Shreyas Harithsa and Ankur Dubey (who took care of the logistics of getting the boards ready and setting them up) and to all the others at the Rotaract Club of Bangalore, the sponsor of these boards at Puttenahalli Lake.