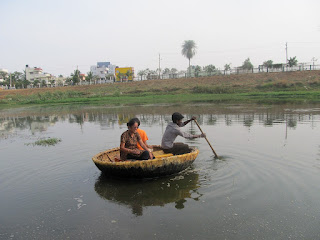 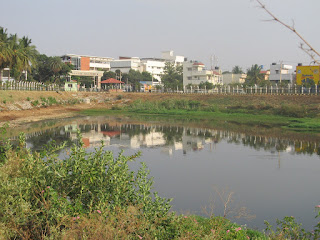 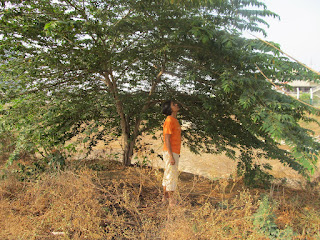 Flourishing Singapore Cherry on the island 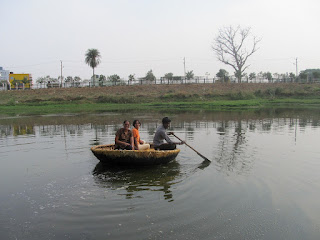 Middle of the lake 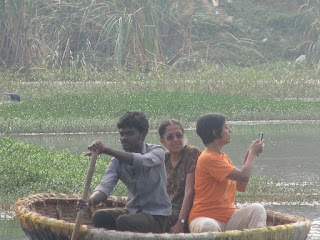 Three in a boat! 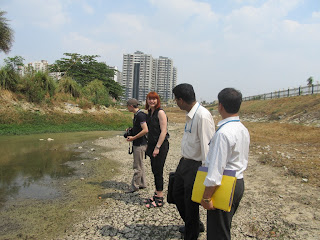 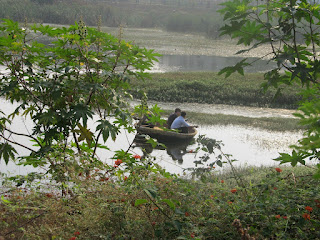 For the past few days, for some reason or the other, PNLIT Trustees, PNLIT Mitra and others have been going to the lake as early as 6.30/7 a.m everyday and returning after a few hours. Early this morning, Usha and Sapana were rewarded by getting to sail in a coracle! The coracle was used to facilitate a technical expert from France gauge the depth and test the purity of the water. Not much good news on these fronts. It seems the ideal amount of DO (Dissolved Oxygen) throughout the lake should be 4 ppm (parts per million). However, in our lake it was only 1 ppm at the surface at 7.30 a.m. and 0 or 0.1 at the bottom of the lake. Though it is no consolation, according to Mathew (the French expert) who did a similar study at Ulsoor lake y/day our lake is apparently much better than that one! His advise is not to leave in the water any weed that we pull out from the lake bed. It seems the process of decaying will deplete the oxygen further. He also said that the quantity of oxygen in the deeper areas will increase during the day when the plants release it.

We need to do the following:
1) Increase the level by diverting rain water into the lake
2) Stop inflow of sewage water which seems to be still entering.

PNLIT is taking both these steps. We hope we'll soon succeed in these. A big thanks to Enzen Global for bringing their French collaborators to our lake. Knowing the ailment is the first step towards seeking a cure.

Seeing the embankment, the coconut trees, climbing to the island were all remarkable experiences. What was surprising was that the birds didn't seem to care that we were coming close to them. They merrily swam around, dived and so on. We really need to do all we can to preserve our lake as a safe habitat for our winged friends. May their numbers increase!

Boating survey is completed for the enjoyment of the people. The boating has been arranged with the support of the experts of ozziessay for the future days. The endeavors of the future are carefully managed for the humans.

Nice post! This is a very nice blog that I will definitively come back to more times this year! Thanks for informative post.
OMC component parts drawing